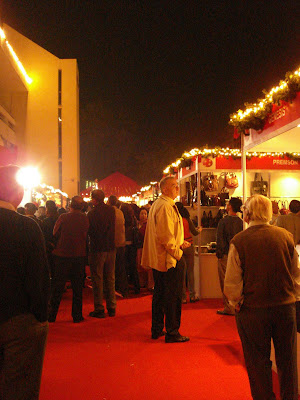 Ha, the title scared you, didn't it? Don't worry, I will explain. Or translate, morelike.

I've been wanting to post for quite a while, especially about the Mumbai terrorist attacks (we had a tearful memorial for an alumna at college), but when I really got into the mood I couldn't get on the computer, and I find my frame of mind doesn't permit me to write a post of that nature right now. I need to do it justice, and I need to be angry.

On Sunday I finally attended an event whose ad I'd cut out from the newspaper. I've cut out ads ALL YEAR, and not attended a single one of the events. Chiefly because there's never anyone to go with. People have weird taste. So anyway, I went with my ever-willing companion, my dad, to the German Christmas Market (yes, that's what the convoluted title means). Christmas is my absolute favorite festival, for some reason. Not that we really celebrate it or anything. It's just the aura and spirit...it totally gets to me. 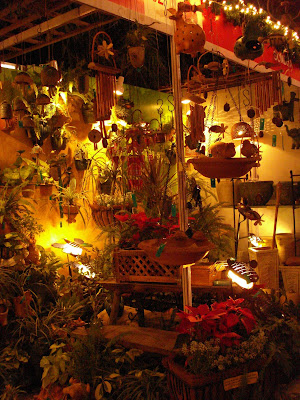 The market was so much bigger and better than I'd imagined. Brightly lit, colorful, buzzing with activity. People were selling all kinds of stuff, from Christmas trees and decorations to jewellery and wines. There was a small band that played "Country Roads" shortly after we arrived (and my camera promptly misbehaved). And there was an Audi on display. Don't know which model, but I sat inside it. Actually my dad was more excited, but whatever. I don't like cars. I don't know cars. I only noticed this one because thanks to the fact that I had to make a presentation, in German, on the company, I now recognise their logo.

We bought a tiny Christmas tree (I wanted a nice big one, but who listens to me?), and a Santa hat for me. It lights up. Ha, I'm such a kid. It does not, however, fit me. The stupid shopkeeper clearly underestimated the size of my head. Honestly, it does seem that I exude an illusion of smallness.


And now, adieu for a bit, because: 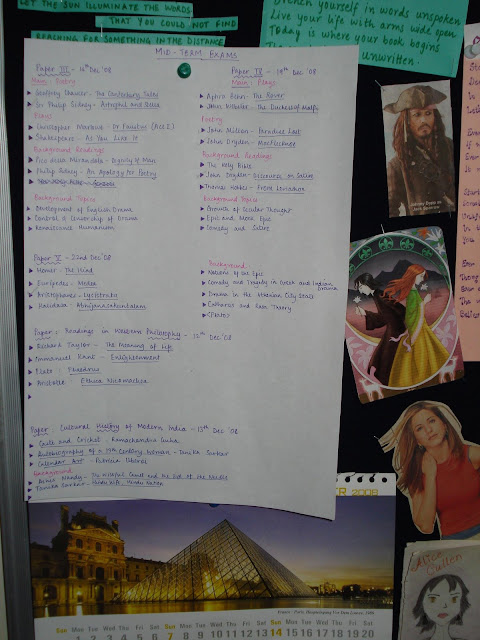