September 12, 2010
Sometime last week, as I stared aimlessly at the computer screen, I decided to take an online career/aptitude test. Out of the blue. I didn't expect it would be accurate, let alone help much, but it was one of those moments when I felt utterly defeated and directionless. Since that is a feeling I have more or less learned to live with, I don't know why that idea struck at that particular time, but it did. And, I figured, I have nothing to lose.


The test was difficult, and though I tried hard to give honest answers, mostly I just felt like hitting the person who had made it on the head. I think that was the point. Anyway. I clicked the answer to the last of the 60 questions and waited (yes, with bated breath, for some reason) for the result.

It's not like I was about to take the results of an online test as my life's mantra, but I was quite thrown by how accurate it turned out to be. And no, it didn't particularly help (of about 20 career choices listed, most of them are exciting. And here I thought I could narrow it down.)

Quester. I like that word. It seems to...fit. I've always been one of those people who are interested in too many things, and wonder if there might be many others that they've never tried. And want to. I've wondered whether everyone has a calling, and what mine could be. How do you know if you have a calling? What if your calling lies in a place you haven't visited yet?

Quester. I know some people who have known what they want to do, forever. I guess they're lucky. They have an end to sail towards. There's a light at the end of the tunnel. I used to try really hard to make up my mind about a career. I can't remember how many times. In fifth grade, I wanted to be a dancer. At some point, housewife figured too. Curiouser and curiouser. Teacher? Doctor? Geneticist? Researcher? Most of the high school years were spent fantasizing about microscopes and lab coats. The fantasy wasn't very vivid.

Then the U-turn. Literature. Arts. The love of my life that had paraded in front of my eyes for years, and I didn't see. I rebelled, oh yes. But it won me over in the end. Now I find it hard to imagine why I had even thought about mixing chemicals in a lab.

And here I am, at a crossroads again. So many paths diverge in this wood. Making up my mind isn't easy. This year is my year. To experiment, to do what I've been holding off, to breathe, to choose, to live, to be. And there's no hurry. There shouldn't be. I won't choose blindly and then lament about the road not taken. I don't have an India to discover, but maybe a round trip circling the earth isn't such a waste of time, either. So what if there's no end to sail towards? I'm content just roaming the seas.

A straight road is very well, but there's something so romantic about not knowing where you want to go, how you want to end up. It makes you flexible, it allows you to take detours, and who knows what you'll discover. Maybe another India, or maybe yourself.

It's all in the journey. No light at the end of the tunnel that beckons, but each step illuminated along the way. Equally. Fireflies. So many directions to investigate, so many opportunities to explore, so many ways to spread out and diversify. So many reasons to wander.

Not all who wander are aimless. 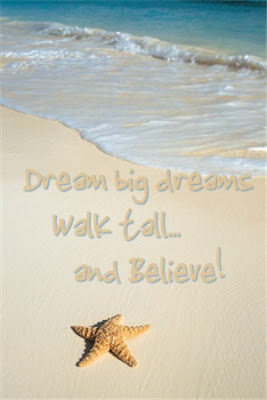