Songs for the year

January 01, 2011
I meant for this to be a goodbye post, but then my computer hung up for a few hours while it had its own party, and the date has changed. So, a welcome post it shall be.

2010 - I don't know where to start. So much happened this year. It was a great year. That's not to say it didn't have it's valleys and dips, but there was so much that could have gone wrong and didn't. That's the first feeling that engulfs me when I look back: gratitude. The first prayer I always say starts with a thank you for all that is. And so, in a way, I fulfilled the only resolutions I set down for myself: live in the present, enjoy the moment, carpe diem.

The second resolution was one to not give up, to push myself and keep going no matter what. I had ups and downs but I trundled on. I took great risks and got greater rewards. "Fearless" wasn't really a word in my vocabulary, but at least the fears were acknowledged and faced and even overcome. Hey, it's progress! 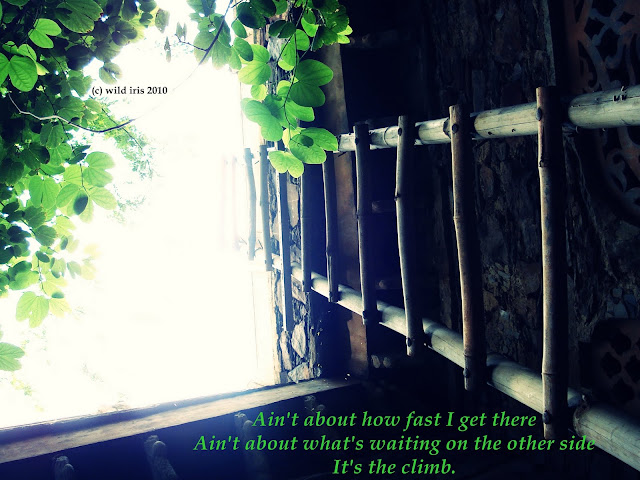 It's been a year of goodbyes and hellos. So many amazing people came and went, but mostly stayed. People who, for some reason I fail to fathom, like me even though I do nothing to deserve it. I know what my resolution this year will be. A big thank you to you all - you make my world go round. It was also a year of attempting, if not quite achieving, the perfect balance. Getting over the past, anticipating the future - sandwiched between the two in a "gap" year which was all about the present. It's so easy to lose sight of the present moment, so easy for it to dissolve, but if one thing on my full calendar makes me happy, it's the smiley face beneath the scribbles on almost every weekend. And it was so important to do that to keep going. Work first, life afterward - really not a wise mantra. At times, I went so fast that everything was just a colorful blur. But stopping is important too. You need something to balance the weight on the see-saw so you don't go down. 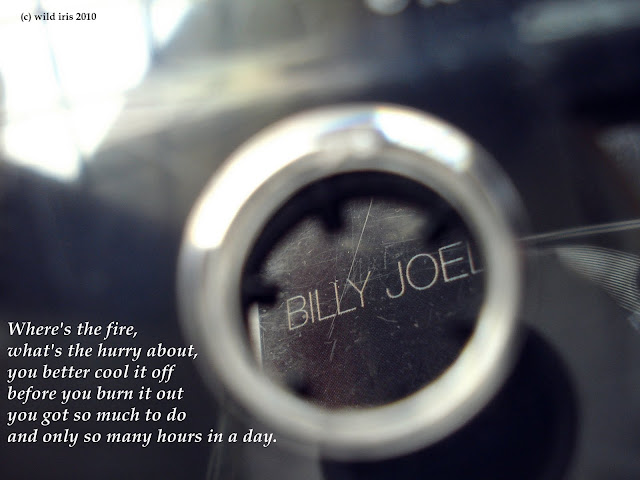 I've been so lucky. I can only hope that I can continue to improve, to build upon what was begun, to fix what was wrong and be a better person. 2011 has a lot in store - and a lot of competition too. It could be the year that makes or breaks everything - so to speak. But it really isn't fair to put so much pressure on it. All one can do is hope.

This could be your story just as it was mine. I hope that you, at any rate, found something you could connect with. And if you're here, now, reading this, then this is for you. 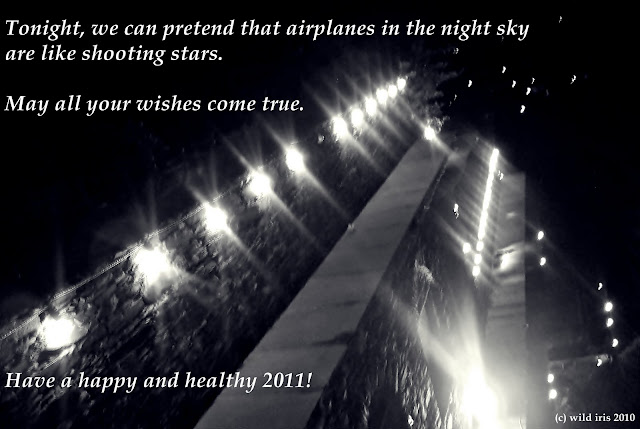