8 movies you should watch


It's black and white, it's funny and of a bygone era. Mercouri is a prostitute with a difference, and Dassin is the lost American who knows nothing about the Greek way of life and learns by accident. His character, named Homer Thrace (!) has come to Greece in the search of Truth, like that of Greek philosophers particularly Aristotle, and to understand why the glory of Greece culminated in its fall. He believes the mystery to the miseries of the present day lie in this. Ilya (Mercouri) can't stand Aristotle (hint: misogynist) and likes her life the way it is. The plot is a reworking of Breakfast at Tiffany's / My Fair Lady (I found elements of both) and touches upon very interesting questions, which to me makes it very valid in the present day. It's humorous and positive overall, and the cheery Greek bouzouki music will leave you feeling quite upbeat. Special note to English Hons. students: you'll love the motif of Greek tragedy woven here with a twist, especially Medea and Oedipus Rex. And I'm sure you'll discern some ideas from The Rover as well! Rather hilarious as well, particularly due to the chemistry between the two characters, and the culture shock element (read: people jabbering in French while Goldberg looks clueless). Delpy has put a lot of herself into this movie, not only in terms of ideas and beliefs but also bits from her own childhood. It reminds one of Celine in Before Sunrise/Sunset especially with regard to lovers and partners - not getting caught up in someone else when you're in a relationship, and how being a strong-minded woman can be rather problematic on the relationship front. The film uses stereotypes (American, European/French etc) rather well to (a) denounce them (b) show that stereotypes are stereotypes for a reason. It took me a really long time to figure out why Goldberg looked SO familiar till I realised he was Chandler's good old roomie, Eddie. Ha. I also like that it didn't depict Paris as the cliched and beautiful city we see in most movies, but showed it from an altogether different angle.


Trivia: Julie Delpy wrote, directed, produced, edited this movie and also composed the soundtrack! Sequel titled 2 Days in New York will be released this year. Her real father, Albert Delpy, plays her dad in the films. Nominated for a César for writing.

This is one of my favorite films. I'm yet to watch it without crying. But don't let that put you off. This one isn't humorous, but it's a powerful story guaranteed to move you. Set in East Berlin, it deals with the monitoring of the private lives of several prominent artists, authors, actors etc. by the Stasi. It is centered on Stasi Captain Gerd Wiesler (Muehe) and his primary 'victims', playwright Georg Dreymann (Koch) and his actress girlfriend Christa-Maria Sieland (Gedeck). Powerful story and performances that will draw you into an important era in German history.

Set in 1944 after the Spanish Civil War, this movie might be considered similar (but in my opinion, definitely superior) to the Narnia movies. You're probably wondering how such a movie can have anything to do with fantasy, but that's where its genius lies. The film uses fairytale and the wonders of a child's imagination as a tool to bring to the fore more serious issues. Ofelia (Baquero) uses this parallel world as an escape from the horrors of her present, not to disappear into a dream but in desperation to find some way to change and save her reality, which constitutes an evil stepfather, Captain Vidal. Vidal is a fascist and has been assigned to eliminate anti-fascists, and is one of the most formidable characters I've seen in a while. An intense story of magic, treachery, and rebelliousness with many twists and turns.


Trivia: Del Toro got the idea of the faun from lucid dreaming during childhood. Del Toro himself performed all the noises. Won Oscars for best art direction, cinematography and make-up and several BAFTAs. 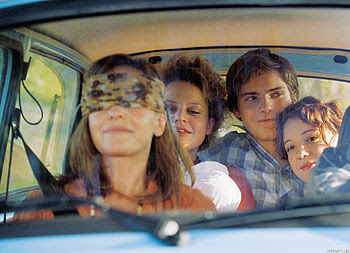 This film is set in East Berlin, and is a vivid portrayal of the effects of reunification through the journey of one family. Catherine (Katrin) is a staunch supporter of the ruling Socialist Party, but falls into a coma and misses the fall of the Berlin Wall. When she eventually comes out of it, her heart is still very weak and the doctor warns Alex (Bruehl), her son, and Ariadne, her daughter, that any slight shock or excitement could trigger a heart attack. Alex and Ariadne wonder how to conceal the major changes going on around them because these would definitely distress her, and what follows is a rather comic series of attempts. A very sensitive and emotional story of difficult choices and brings up the question of how wise it is or for how long you can keep up such a charade.


Trivia: Yann Tiersen (of Amelie fame) composed the soundtrack and it shares a piano composition with Amelie. Won a César for best film.

I really like this film though I know some would disagree. For me, its endearment lies in the fact that it is so different, and of all the romantic films I've seen (and I've seen a lot), I haven't come across any quite like this one. The literal translation of the French title is more like "child's play" which I think would have made a far better title. The gist of the story is a game of 'dare' that two kids start as entertainment but which eventually takes over their life. They can't stop "playing", well into their adulthood, and it becomes their bond but also their bane. I don't want to give away too much because that will spoil the experience, except that I think it literally is daring in the way in which it upturns morality and virtues but makes it difficult to judge because of its pursuit for friendship/love. It will leave you with lots of questions (and discussion potential!) which, I think, is a good thing for any film. The cinematography is really good and the film is just so stylish, the actors are wonderful (and nice to look at) and so is the music.


Trivia: The film uses several covers of the popular French song "La vie en Rose", including the well-known rendition by Edith Piaf. Marion Cotillard went on to portray Piaf in La Vie en Rose for which she became the first actress to win an Academy Award for a foreign language film. She was also cast in Inception, in which another of Piaf's songs plays a critical role. Cotillard and Canet are partners in real life and have a son.

A very interesting take on the Butterfly effect/chaos theory, NOTHING like the Hollywood film with Ashton Kutcher. This one has a number of very interesting characters with their own set of problems and spans one day. Events change with something as simple as the throwing of a pebble, and spark off others. For all that, it's easy enough to follow, without making it flat. Not award-winning material but some dialogues and scenes will really make you think. The ending is genius! 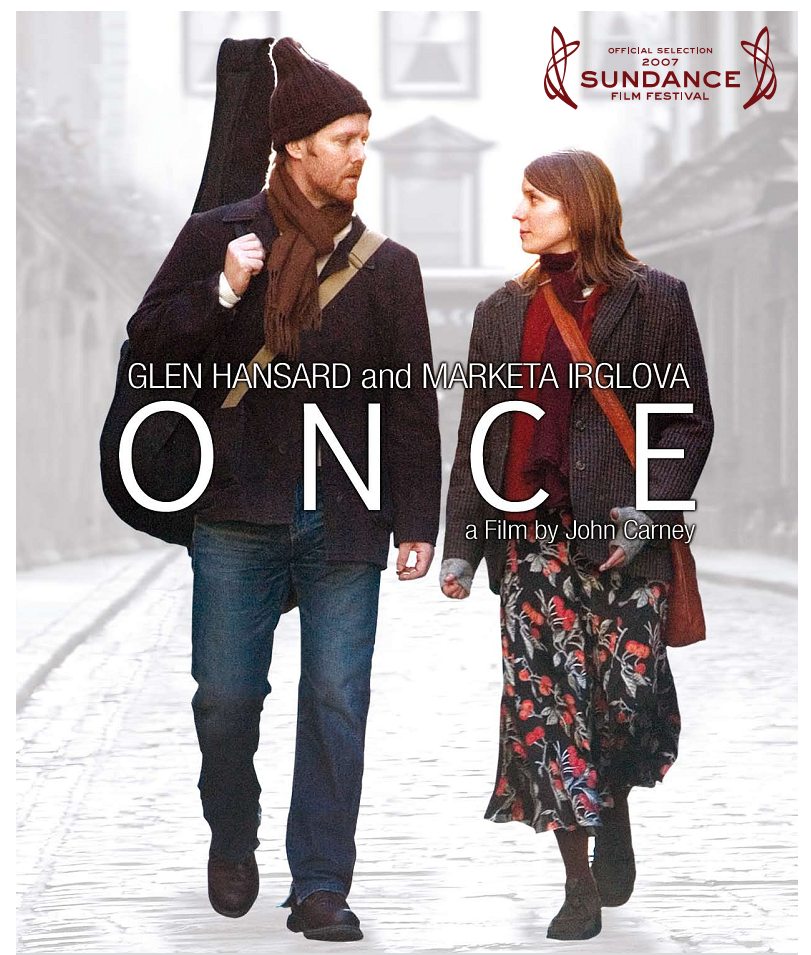 Charming is the word to describe this one. Set in Dublin, it's a very real look at struggling musicians and how difficult it can be to get discovered. Again a very simple, easy to follow story which is still very real, and though the plot has some holes you are likely to wave them away because it captures so much else. The music is very relaxing and beautiful, and even has some Irish folk songs. This one is about simple joys that another's company can give and how, sometimes, that is all you need to get you out of a ditch.


Trivia: Won Oscar for best song ("Falling Slowly"). Neither of the main leads are professional actors, but musicians.