May 14, 2012
Five years ago on this day, I wrote my very first words on this blog*. Like all of my other half-complete projects, I expected this one to fizzle out, though it began with such passion - or was it just the seduction of a boring summer day? - I never in my weirdest, wildest thoughts imagined that it could last this long. Sixty months, and still going strong. Or well, as strong as can be when you're doing an insane whirlwind of a Master's degree, which must serve as my only excuse. But I try.

Of course I've grown in these five years, which is always a relief, and I don't mean my height. Though that would at some point have been a relief too, but now I find shorter people to hang out with so it's not too bad. I've grown as a person, as a writer, and it feels like most of this growing was mashed up into the last year or so, though that's probably not quite true. What seem like the biggest changes in my life happened in these five years, during which my choices and decisions (and sometimes plain old divine intervention/coercion) literally shaped the person I see myself becoming today. In the last few months I realised the value of constancy in life. It's easy to flit and flap around, it's not too difficult to have deep, meaningful, short relationships, it's really difficult, and I think admirable, to sustain something over a longer period. That takes courage and will power. I've seen people walk in and out of (and indeed, all over) my life since I left a part of it behind, and that taught me some bittersweet lessons. This is what growing up must feel like! But when your parents become your best friends, you must be doing something right.

And yes, five years of dedication - sixty months with each getting at least a few words in - has been quite an achievement for someone who is constantly distracted and tempted by the new and inevitably (at that point) more interesting. So today, I take this opportunity to pat myself on the back.

Although I have to admit, I never needed to think twice. This blog just called out to me like nothing else. A bit needy, but oh well. And of course, the customary thank you's to my (ever fading) (or just hiding out) readers - I know there are at least some of you who'll read this, and so I raise my...biscuit (what? It's nearly 5am and I'm hungry. Can't wait for the days of all-nighters to pass me by). 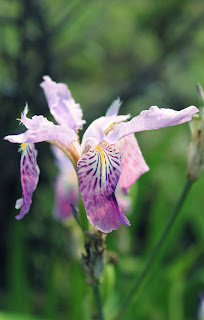 * refers to my original blog, Reflections, that has now been transferred to this domain, combined with my photoblog titled Vignettes that I started in 2013.