June 04, 2012
It's the Diamond Jubilee Weekend and here in London, there are a whole bunch of events, not to mention lots of flag waving and, of course, rain. We decided to go see the boat pageant at the Thames, despite warnings of heavy rain, because where else would you see a boat pageant? I think my attitude to rain has switched 180 these last few months - I still don't like it but it's sort of just in the background and life goes on even if you're drenched.


The decision to go see the flotilla (a word that makes me think of microbes, for some reason) doesn't mean we support the monarchy. Or condemn it. In fact, the monarchy is best left out of it. We were just there to see the fun. We were just sitting on the fence. Which is not always a safe position, so then we were standing on a bench. I mean all this very literally, of course. 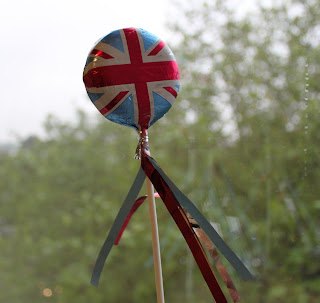 The first few minutes after walking from London Bridge were like this: 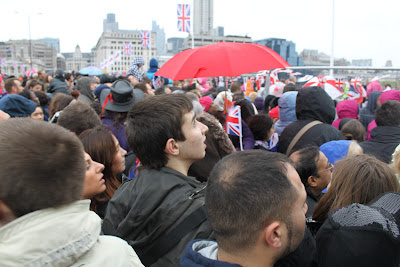 After a few more minutes of being shipwrecked in a sea of people (ha, been waiting to use this Owl City line forever), we persevered despite many people giving up and annoyingly walking against the tide. We kept inching onward directionlessly, finding ourselves near some fences. Couldn't see a thing. Joked around with people standing around us instead. It's fun bonding in a crowd, and sharing a joke and a laugh anonymously. Also, I'm very impressed that I didn't get pushed once. Well, maybe once. But you know.

I will never tire of the British sense of humour. 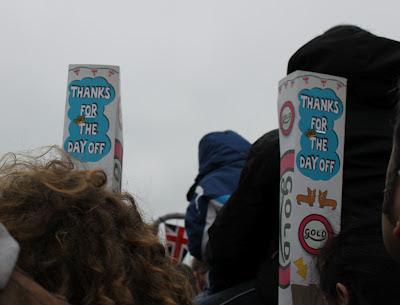 This was the privileged row of people who have no life because they were obviously chilling there for hours, and people kept calling them selfish. Loudly.

The security peeps kept trying to stop fully grown people from perching themselves atop the fences and they got called "a very selfish man". It was nonetheless all very civilised.


One security dude was kind enough to take my camera and take a picture of the boats that I couldn't see, but it was raining by then and he obviously didn't know how to use my camera. 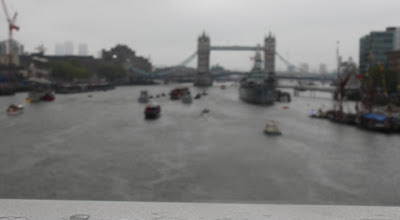 We meandered and wandered and found ourselves on another bank. We stood on a bench and we could see boats!


The boats made bird noises and people waved back and yelled enthusiastically. Teenage boys wore William and Kate masks and William told Kate that she had to obey him because they were married now. An oldish man informed me that my lens was wet and proceeded to wipe it with a tissue. 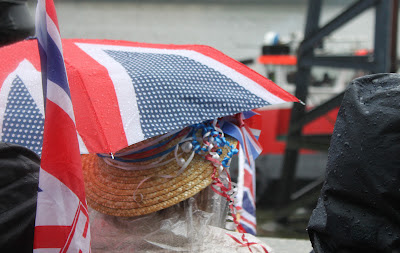 The boats just kept coming and coming. And then we left because it was boring and cold. 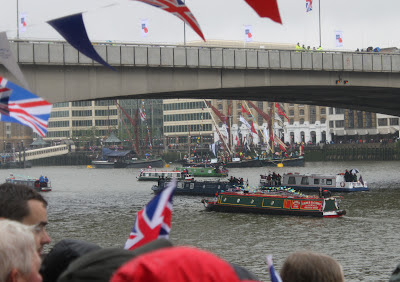 I got me Celebration Headboppers. Because how could I not own something called headboppers? 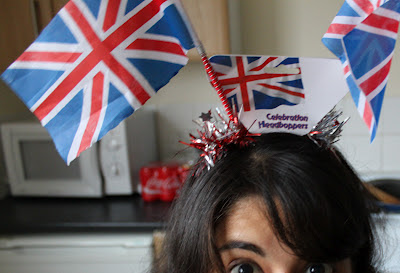