The last three weeks have had that surreal quality of too many sights, sounds, smells, tastes, and feelings being mashed up and creating something beautiful. Like an impressionistic painting. You never really know where one color ends and the next one begins, but it's the whole picture that matters. That changes you. And gradually, the harder you stare, you can tell the colors apart and attach stories to faces. And to places.


I worked hard for this. Consistently, desperately. And it paid off. I'm always reminded of a quote I loved at times like this: if you want big rewards, go out and take big risks. I stepped boldly and repeatedly out of my comfort zone, and things began to happen.


On July 2, I woke up at 4.30 am, cold and bleary, and joined a group of equally cold, bleary and enthusiastic people for a journey to Wimbledon. We hoped for a mildly fulfilling day, but little did we know what would be in store for us. Rain and about six hours of queues were involved, but they passed by rather quickly, and at the end of the tunnel were some very good matches, including those of both the defending champions, and Djokovic's on Centre Court at that. Best. Day. Ever.

If anything else was needed to make this the best Wimbledon of my life, it happened on July 8: There was a lot of crying, and I was a little disappointed with his almost ungracious words of consolation to Murray, but it must have been a heady feeling. It took a long time coming, but come it did. I sound like an adolescent fangirl, but everyone has their heroes. He was mine growing up, and hopefully always will be.


July 8 was also the day when I embarked on my Big Brave Adventure. I make a big deal out of this, because it was for me. I never thought this day would come. The trip dove straight to an eventful start, and then settled down to its routine roller-coaster-ishness. Two weeks felt too long and too short at the same time; I think it will take a while for me to process everything. So much happened that it would take several pages (or posts) to do it justice, which is exactly what I plan to do.


Someday, in a vacant or pensive mood, I won't remember daffodils. I won't remember the guy who 'hit' me with his bike in Bruges, or the woman that punched me in Vienna, or the scar on the sole of my foot that remains as a souvenir from Paris. I'll remember daydreaming through six bus journeys while fields of sunflowers passed me by; I'll remember one-night and airplane friends and conversations that I'm sure had more to tell me. I'll remember castles and cats and sparkling towers, and not-quite-forgotten tunes will sneak into my mind. I'll remember staring up at the golden marvel that is Versailles. I'll remember staring down at little houses from a hilltop, which is just as I pictured Germany in my imagination, though I'm not quite sure why. I'll remember waltzing on the streets of Prague, and the comforting coolness of a synagogue in Budapest.

But most of all, I'll remember the sense of fulfilment and capability that engulfed me with every step I took. 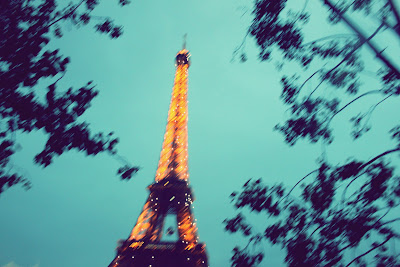