Brussels: 6 a.m. in a Starbucks

August 06, 2012
The first instalment of the Backpacking with a Suitcase series, in which I document my travels across Europe in July 2012.

Yes, this is the rather unexciting manner in which my trip to foreign shores (literally, you have to get on a ferry and everything) began. Well, I say began, but really it had already begun the previous night. And what an eventful night it was. Let me rewind a bit.

So there we were, on our way to London Victoria, very late. But wait, you don't care about that. I mean the lateness was stressful and all, but I am always late for everything and I always make it. Except the time when I missed the train to Oxford by a minute. Oh, and the bus to Prague by twelve minutes. But other than that, you know, I've always made it. So anyway, circumstances would have it that my friend couldn't accompany me and had to get the next bus, and mine was delayed by about an hour. (Yes, I country hopped on buses. Buses are cheap. People don't really seem to know this.) Normally, a delay would irritate me, but the Belgian visa folks gave me one starting the next day, and I was quite eager for any delays, accidents included, that could ensure that it was at least midnight by the time we got to Dover. Which is exactly what happened. I found myself sitting with a British teenager, a boy, who was with a group of friends, but it wasn't too bad. I mean, they mostly just slept. I tried to make polite conversation but got only a few mumbles in return and gave up.


It takes nearly 2 hours to reach Dover, and everyone was sleepy including the immigration people, so the line moved pretty quickly as we got our passports checked. The one that checked mine didn't, or wouldn't, speak English but kept enthusiatically spewing French while I stared at him bemusedly. Finally, "Tu parles français?", or something to that effect, I have no idea, and even though I understand basic stuff like that, I only managed to shake my head and say "nein" for some reason, eliciting a mournful "ai ai ai ai aiiii" from him. 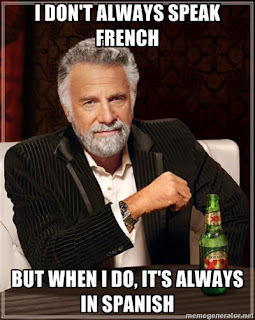 Or German, in my case.

We were then instructed to go up a staircase and proceed to the ferry. In my mind, this was going to be me standing on a windy deck staring at lights reflected in the water. So you can imagine my surprise when the staircase led to a big lounge with chairs and couches and a bar and vending machines. Most people showed signs of settling down, and I sat down keeping an eye on my fellow bus-mates to see when (and where) they would proceed.


People just kept sitting and sitting. Or eating or sleeping or talking. I thought it was interesting that the floor was moving a bit, and I imagined big ships moving around nearby. Docks are fun, I thought. Took me a while to realise that the moving thing was the ferry and I was, in fact, on it. 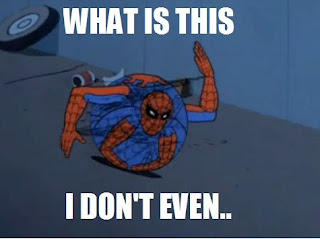 After the uneventful, boring ferry ride during which I read A Streetcar Named Desire amidst announcements about Disneyland, we got back on the bus, and despite having started so late, we reached Brussels before the scheduled time. Which was unfortunate, since it was 6 a.m. What do you do in a city at 6 a.m.? I entered the station and made a beeline for Starbucks, where I spent a couple of happy hours drinking tea, writing my journal (because that's what I do. I have an unhealthy obsession with documenting my life) and dozing. 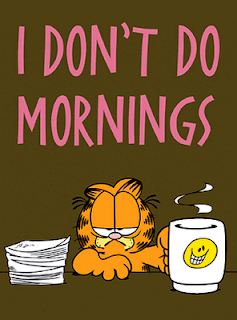 Especially when I've had an hour of sleep the previous night.