The story of Tess

September 21, 2012
I meant to write so much sooner. To be honest, I have been writing - last week, I turned in my 10,000 word Master's dissertation. In breaks from that, I found that I couldn't muster up the will to write anything else, even though I have so many stories and posts pending. Time to remedy that.

Have you noticed how you only really miss things when you end up somewhere worse than where you were? When something better - or at least as good - comes along, it envelopes you into a whole new world of discoveries and explorations where bitter nostalgia has no place? I always thought of myself as someone who found it hard to let go of things, but I'm starting to realise that this holds true more for material things than life events. That I'll always have boxes of things I don't need, but I can go with the flow.

This post was meant to be about the home-for-a-year that I've just left, and I had it all mapped out, waiting to be posted. Two days ago, it would have been a whole different post. I left without knowing where I was going to go, but knowing that it was time to leave. Life begins at the end of your comfort zone.

The place I left was special. It was a happy place, where I met and shared wonderful moments with twelve amazing people. There was a lot of laughter, there was always someone to hug you, to catch you when you fell, to hold your hand and guide you. There were conversations and learning and respect. 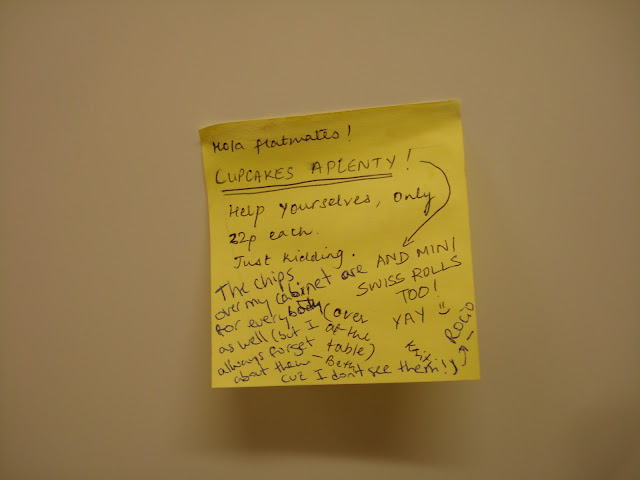 There was a mysterious leak in the kitchen that persisted despite changing the refrigerator and shutting off the taps, leaving all the maintenance guys baffled. We tried sailing paper boats in it. Once in a while the lift would stop working, once in a while we'd return home to find a hole in the ceiling, and every now and then we'd actually take the stairs (even though the lift was working) because someone got the fire alarm all riled up (burning pizzas at 6 a.m.). There were eight birthdays and the occasional flat dinners which would always end with my camera perched on the microwave with its self timer beeping ominously, staring at some very happy faces. 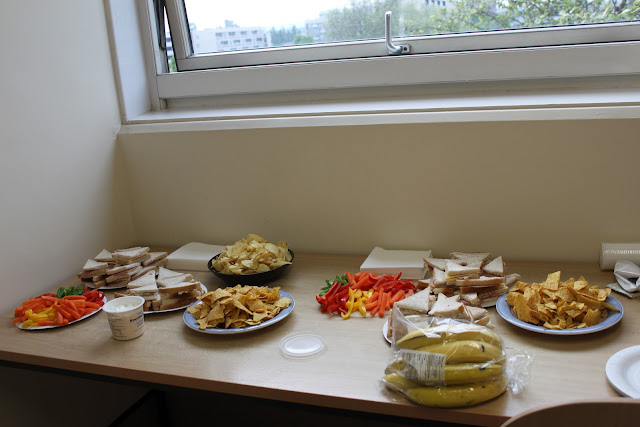 There was a window through which I saw my first snow (a flurry of white excitement under the street lights) and some beautiful sunsets with five crane silhouettes always in the background.  I would look out the window every morning while making coffee to see what everyone was wearing and try to judge the weather. It never worked: for every person wearing two sweaters, there was one in shorts. I'd watch people crossing roads and waiting and talking and carrying things. Life is very interesting from the fifth floor. 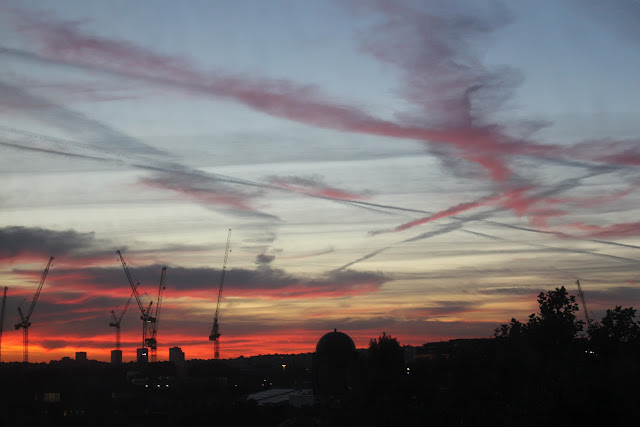 There was also Tess, the guardian tree right outside my window. She was the first thing I saw when I entered my room: all green and fresh and Septemberish. She blocked with her prettiness what wasn't much of a view. Then she shed her leaves, and one blustery winter evening, a Tesco bag flew up and entangled itself in her branches and refused to let go. That is when I named her. Storms and snow came and went, but the Tesco bag clung on like an obstinate, faithful friend. 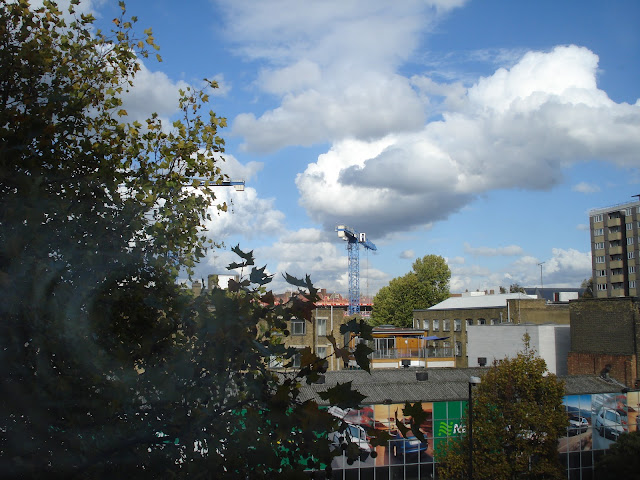 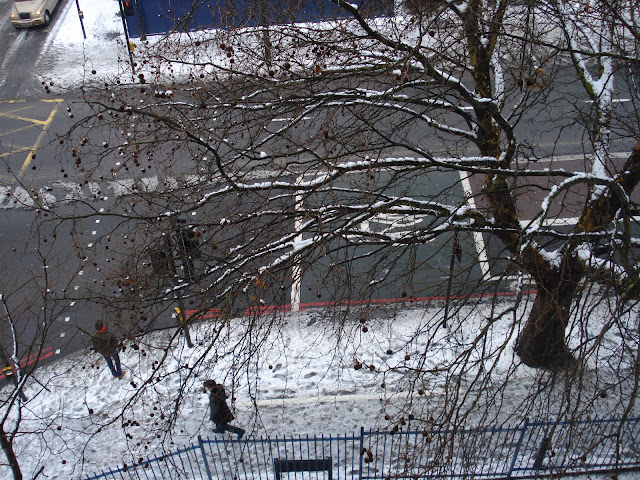 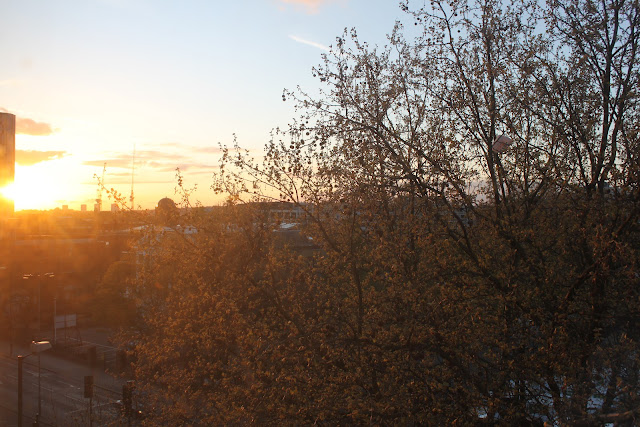 It's September again, and I've moved on, and I'm happy. Bitter nostalgia has been overtaken by sweet remembrance. Tess was green, green, green when I left, but if you stared hard through the thick foliage, you would spot the white, red and blue of a Tesco bag waving at you. 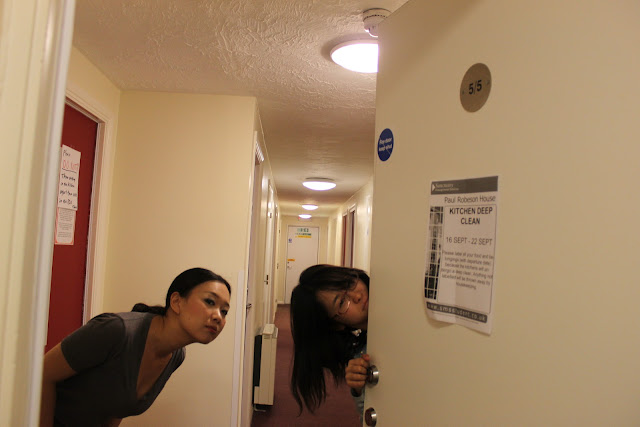