July 07, 2013
I've been reading (books that qualify sort of as) sci-fi lately. I've had a list of books I've wanted to read once academia was behind me, sort of revisiting the voracious reader I used to be in my school days - picking up fantasy, classics, thrillers and anything that caught my fancy without really knowing how it was going to turn out.

One goal was to read all five of the Hitchhiker's books by Douglas Adams. **SPOILERS AHEAD** Luckily, the best friend has the box set, and they have now been duly devoured. I am yet to decide whether I will attempt And Another Thing, because I'm a bit saturated with the series for now, but I do want to explore the TV and radio series eventually. True to expectations, Adams was brilliant, and even though there were many instances that boggled my brain so much I'm still not sure I understood them, what I loved most was how different each book was from the others (and consequently, sometimes confusing). For me, possibly the strongest aspect of the series is not the imagination or the technology or the characters, but the humour that doubles up so often as powerful satire. I also enjoyed moments when Adams slipped almost into poetry, with some stunning lines strewn in, but not taking themselves too seriously.


They were not the same eyes with which he had last looked out at this particular scene, and the brain which interpreted the images the eyes resolved was not the same brain. There had been no surgery involved, just the continual wrenching of experience. - Douglas Adams, So Long and Thanks for all the Fish

And can anyone forget the beautiful description of Hyde Park, or of Arthur learning to fly? In so many ways, perhaps because of the way it was written, So Long and Thanks for all the Fish was set apart the most from the series (allegedly, Douglas Adams had to be locked up in a room so that he would meet his deadline, resulting in a rapid novel and love story) - set on Earth with minimal inter-galactic travel, and hardly any appearances by otherworldly beings. 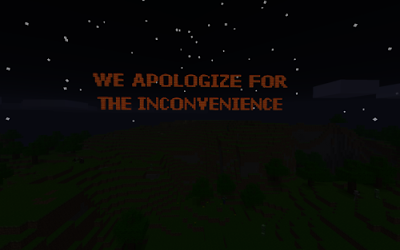 The absurdity, hilarity and profound insights into people and our world - so relevant even today - are probably what make it so timeless. Religion/god (who else loved meeting Him?), vegetarianism (hanging out with the Dish of the Day - I don't think I've ever laughed that much), politics ("To summarize the summary of the summary: people are a problem"), the corporate world and marketing (I feel Ford's angst at the idea of a "universal" Guide, don't you? Those idiots in Accounts.); nothing escapes censure in the form of critique or satire, sometimes biting, sometimes mocking mercilessly, but always managing to hit home.

And if none of that were enough, he invents verbs.

Here are 42 quotes from the series - hysteria may ensue. Be warned.

The other series I've been glued to is The Hunger Games by Suzanne Collins. I heard about it sometime last year and the whole broadcast media angle made me especially curious (I should do a post on that, and the use of media as surveillance and propaganda...I should also do the Harry Potter media post I've been thinking of focusing on print/newspapers and radio. Hmm.) I read the synopses because I wasn't sure if I could be bothered reading the books, but it has been quite an experience. The first was riveting in terms of plot, though I wasn't too sure about the first-person-present-tense writing style - but by the end of the final book, it clearly came off as an excellent and effective choice. The POV also made it refreshing in terms of being completely subjective to a strong female protagonist, which is something that hardly ever happens in the sci-fi/fantasy genres. Sure, strong female characters may appear: McGonagall, Hermione (Harry Potter), Nynaeve, Egwene (Wheel of Time), Holly (Artemis Fowl), Arya (Eragon), occasionally even as protagonists like Lyra (His Dark Materials) and in Inkheart, and I guess they deserve credit for not being, well, The Lord of the Rings. But it still doesn't happen enough, especially not an entire series where we stay with one protagonist, who also happens to be female, if not typically "feminine". Equally refreshing is Peeta (and Finnick?) as subverting stereotypes of what we have come to expect of male leads.

The movie was bleh, as always. The second book was perhaps my favourite, though Mockingjay is the strongest of the lot. I didn't expect it to be more than entertainment, but I was pleasantly surprised by its resonance with media/war/politics issues today, and therefore, its relevance. Collins said she was inspired by the Greek myth of Theseus and the minotaur (killing children as punishment for a society's crimes), Roman gladiator games (killing in the arena for popular entertainment), reality TV and war coverage in the media. The themes of power, dissent, control, biopolitics, performance, media and celebrity culture come across quite strongly. The drama in the arena and the whole concept just keeps me coming back to this quote from King Lear:

"As flies to wanton boys are we to the gods
They kill us for their sport."

Of course, this realisation comes with helplessness, and the need to rebel, followed by revolution/war where no one can ever be a victor. The psychological effects of violence and war are nuanced, and rebellion is never glorified. At the bottom of the fight for survival is the recognition of a larger morality, a desire for autonomy (to be more than a piece in their Games) and the fragility of any society and any rebellion - that certain forms of thinking, on both sides, can all too easily turn into a way to justify violence against the Other.

I don't think I've ever voluntarily sought out fan fiction, but these characters stayed with me. Here's some really good work I've come across:

- Young Blood (Mockingjay pre-epilogue - Katniss and Peeta grow back together)
- Worse Games to Play (Katniss POV, Mockingjay pre-epilogue - Katniss and Peeta as parents)
- Where Soul Meets Body (Annie POV, from Annie's reaping until the end of Mockingjay. Absolutely excellent portrayal of Annie's "insanity", trauma, the effects of torture and war, and Annie and Finnick's relationship)

Check them out if you're into the series!

***UPDATE (14/12/13): I never thought this day would come, but I'm now writing some HG fan fiction myself.
- Something Borrowed (one-shot from Catching Fire, Peeta POV)
- Diamond (Catching Fire AU, 5 chapters of probably 15 done)
Let me know what you think if you read them! I'll be doing a post on fan fiction and my experience with it here soon.***