One week in London

August 13, 2013
So I went to London in the last week of July 2013. The occasion was my graduation, the excuse was my graduation... It was an expensive and long journey, but maybe happiness shouldn't be measured in money. Emirates is a nice airline, with nice food (like lamb biryani and apple blackberry crumble. They even have menus. Menus.) and I read stuff about flamenco and Bombay jazz in their in-flight magazine and watched German and French movies. I've now seen Dubai airport, though I'm not putting U.A.E. on my countries-I've-visited list because it feels like cheating.

London was warm and friendly.

I graduated. Threw the hat up in the air and all.

I bought some second-hand, broken-spine books.

I enjoyed not being stared at.

I enjoyed alone time. Especially in parks. I went to Regent's Park, St. George's Gardens, Russell Square Park, Gordon Square... and I stared at nothing, or sometimes at laughing children frightening ducks, or I read.

I also went to some places I hadn't been to before, like Neal's Yard, where it turned out Monty Python used to live, and Brixton Market, and Abbey Road, and the Royal Albert Hall. 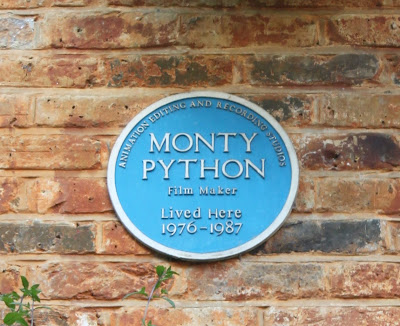 I ate some really great food. You should try it.

It was raining on Saturday night, and I was with Sid and Ro in Elephant & Castle. We'd decided to walk around the area and check out local restaurants, but because of the rain, ended up at this one close to my friend's house. A wonderful choice indeed. It was loud and friendly, and I've never eaten Colombian food before so it was quite an adventure - and not a too-expensive one, at that (as restaurants go). Between the three of us, we ordered 3 starters (empanadas, arepa con queso, and patatas bravas)  and only managed to share one main course (bandeja paisa) - which we couldn't even finish - for a total of £8.50 each (this would have been unthinkable for me when I lived in London or even when I was backpacking across Europe, but because I was way below my budget, and hungry, some luxuries were permitted). Everything was absolutely delicious. The couple (and kid) seated next to us managed to down three main courses, each of which looked like five of ours piled on top of each other; and the music was fun.

Sourdough pizza! Pizzas from £4.50 to £7, plus drinks, salads etc. I rolled up my slices, much to Fran's amusement.

The BEST kathi rolls I have ever eaten. I used to come here when I lived in London, ever since I was introduced to it. It's small and orange and well-hidden and with Bollywood posters all over it. The rolls are cheap and just so unbelievably tasty, costing from £2.75 to £5.

Finally, there was cultural entertainment, London-student-style (i.e. cheap but awesome). 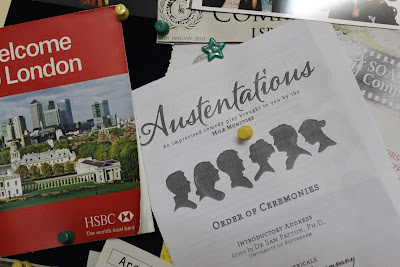 I'd read about this on lastminute.com but hadn't booked tickets; so when my friend asked me, out of the blue, if I'd like to go, I didn't hesitate. Jane Austen and improvised theatre - yes please! I'm a complete newbie to improv theatre and this was my first experience, but what a first experience it was. From beginning to end I was chortling, with tears running down my face for good measure as the six-strong cast cracked joke upon brilliant joke. The audience is asked to write down potential Austen-novel titles before the play starts, one of which is then drawn and acted out on the spot. They also pick three best titles each time that they will not be performing - on that day these included Arrogance and Arthritis (HOW do people come up with these?!) and it is worth following their Twitter just for the hilarious titles. The play performed for us was titled Darcy and Jeeves go to Mansfield Park, and, gosh, who can not love Jeeves. Riot, I tell you, absolute riot. They are performing at the Edinburgh Fringe till August 25 - FREE - so if you're in Edinburgh, go, go, go!

The BBC Proms is the world's greatest classical music festival, on till September 7. If you queue about an hour or so before each show, you can get tickets for £5. The night we queued was my last night in London, and Naturally 7 blew me away. They are an American a cappella group, but they can recreate pretty much every musical instrument with just their vocal chords - and they're amazing singers too. Read this article about them to get an idea. Even though R&B isn't really my thing, I was thoroughly enjoying myself, and then they covered 'Fix You'. And then Simon and Garfunkel, and The Beatles.

Such a perfect last night.