December 31, 2013
The 31st of December always feels slightly weird. As the final hours of the year draw to a close, I can usually be found reminiscing and recording moments from the year gone by, which usually seems to have sped by and dragged along and I can't decide which. Our notion of chronological time is more than a bit strange, and I'm sure if analysed, it would be the root of many of our problems and worries. It causes us to strike days off calendars, count the heartbeats in a minute, count the minutes in a memory, the memories in a year, impose some semblance of order in our chaotic existence, and believe in all these hopes and expectations and magic that a new year will bring. And, of course, deal with all the clichéd cynical tweets about how it's all codswallop. (Why yes, I have been dying to use 'codswallop' in a sentence).

This is a deleted scene from The Perks of Being a Wallflower in which Charlie reads out a poem he came across to his friends on Christmas day. It was one of the most beautiful and moving scenes in the book, so I'm really glad I found this clip even if it didn't make the final cut.

Natalia's monologue from Before Midnight on love, life and all that is ephemeral. I think this scene captures the crux of the entire trilogy. I'm quite sure it was intended as such too, because it can't be a coincidence that it mentions sunrise and sunset :)

On 1 January 2013, a friend shared this idea on Facebook: 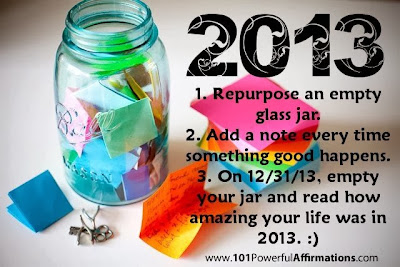 And I thought I'd try it, I suspected I may need it. So I took a little orange notepad and every day, I wrote down the good things, the little things, compliments and songs and things that made me smile. And it was so amazing to read it right now. I was kind of happy to let this year go, but I now realise how special it was, even if that little notepad only presents one side of the story. I'm ringing in the year reading The Silver Linings Playbook by Matthew Quick, and I think the book's philosophy of optimism is so powerful, because even a thin silver lining shines through the biggest raincloud. It's stronger. 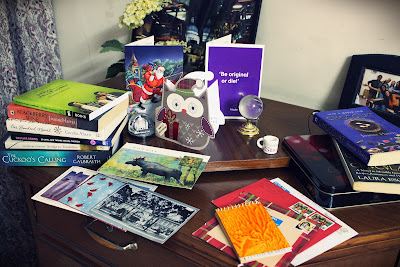