The sea and the sea shore 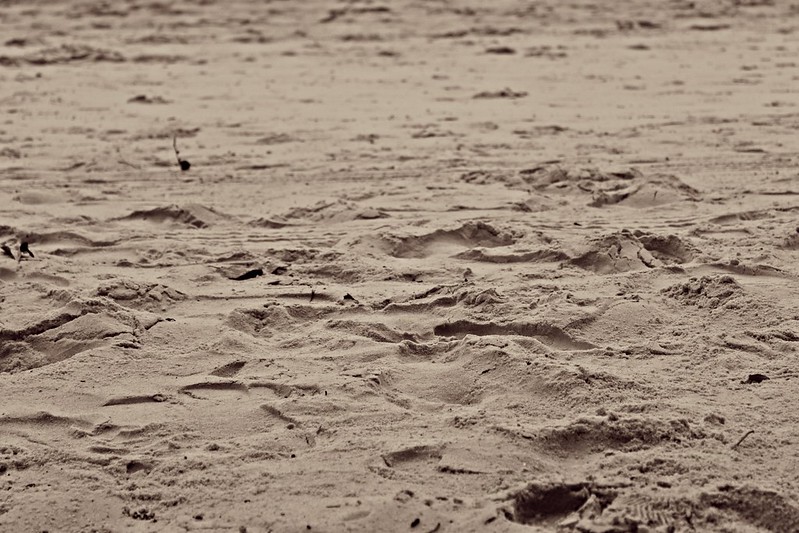 So many people. So many footsteps. So many who leave their mark only to be forgotten. In the sands of time.

I love the sea and the sea shore. I haven't met them enough, but I love them already. I love the idea of sitting on the sand listening to the sea, and talking to it. I love the idea that the sea reflects what I'm feeling, that the rage or emotion or tranquillity in me manifests itself across the distant horizon.

I love the fact that they embody change. That they are always there, but never the same. That a footstep in the sand lingers momentarily, that the foamy water kisses the shore momentarily, and then are gone. Change is good. Different feet will sink into the sand, and just as no two waves are ever the same, no two footsteps are, either.