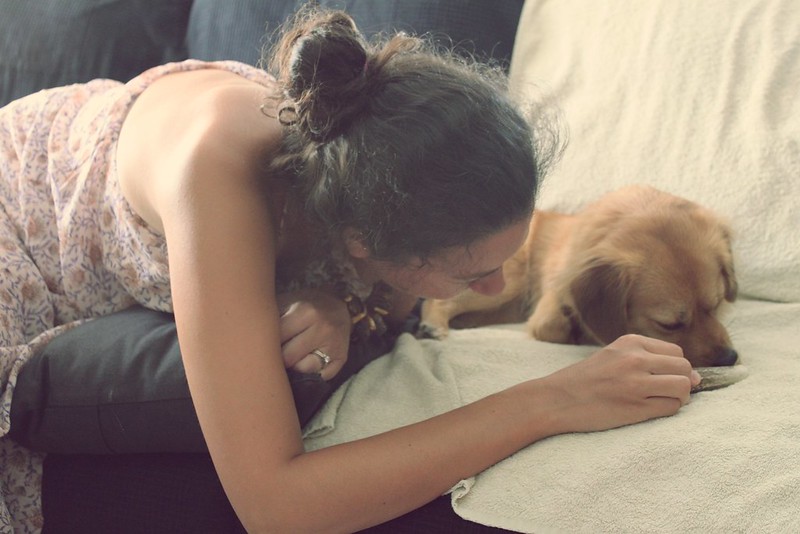 It is a surreal sort of sensation meeting someone you've been writing to for seven years.

Before London, the internet was a way for me to communicate with kindred spirits from faraway lands. In London and on my travels, I found myself surrounded by them - but some online friendships are destined to endure. After London, the internet became my refuge, a way to talk to friends I'd left behind, friends who understood. The trend continued when I started an online magazine and eventually ended up working for an online publication over the next couple of years with wonderful talented colleagues I am yet to meet in person but who have influenced me in so many ways.

When my penpal (or epal, if you will, though we did get some good old-fashioned handwritten snail mail to each other too) of seven years invited me to visit her in Athens, I didn't have a good reason to refuse. I had always wanted to visit Greece; it was what brought us together in the first place. It can be difficult bringing online friendships into the "real world" (I hate that phrase: as though the virtual is any less real), and after our almost-meeting-that-was-not-to-be in London, I wondered if we ever would. But though I had some concerns about the political situation, it was time.

She and her husband opened up their home to me. Tonight, we dined on their balcony with red table mats, red wine and an assortment of home-made Greek dishes: dakos, melitzanosalata, trahana, a kolokithopita. I tried everything and ate until I could eat no more. Bella the dog decided she'd rather lick my toes than bark at me while I licked ypovrichio - a sweet white "submarine" spoon dessert.

I am utterly spoilt. And ecstatic. All is right with the world. 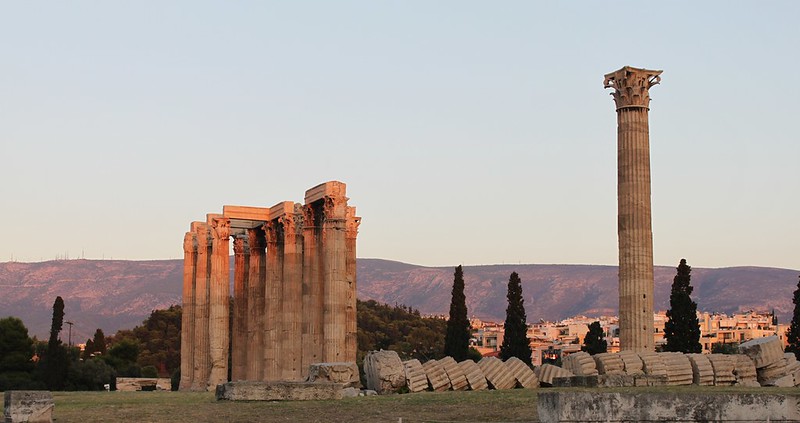 A blazing day of ruins. For a moment, I was my 19-year-old self, the girl who fell in love with ancient Greek literature and mythology in college, and read everything she could find on the subject - the girl who someday dreamed of visiting Greece. Cursing the sun but thankful for my hiking shoes, I bought a €12 combined ticket that gave me access to all the archaeological sites in the vicinity. Surrounded by amphitheatres, pillars, statues, steles, stunning views, and familiar names from Dionysus to Athena, there was plenty to thrill my heart. Beginning at the south slope of the Acropolis, crossing the Peripatos, Theatre of Dionysus and some altars and shrines, I made my way up to the Parthenon and Erechtheion, then past the monument of Agrippa and sanctuary of Hekate, entered the Church of the Holy Apostles, the Ancient Agora and museum, a detour to Plaka for a very late lunch (my first gyro: a pocket-friendly explosion of tastes; also, did I mention how lovely Greek people are?); the temple of Hephaistos, the ruins at Keramikos, and finally, Hadrian's Arch and the Temple of Zeus at Olympieion.

Fun fact: afternoon in Greece is 7-8pm. For good reason, locals don't venture out unless absolutely necessary during the hot sunny hours; by this time, the heat lulls into a gentle breeze and the city comes to life. I met my friend from university as the day ebbed, and we walked along the routes sent to me by another Athenian friend in an email. (I wonder what it's like to love your city that much. Maybe I'll find that some day.) Perhaps London's best gift was the people it gave me. Over meze and beers at Cabezon, we discussed life, work, media and men. We had three years' worth of catching up to do.

Athens is magical by night. 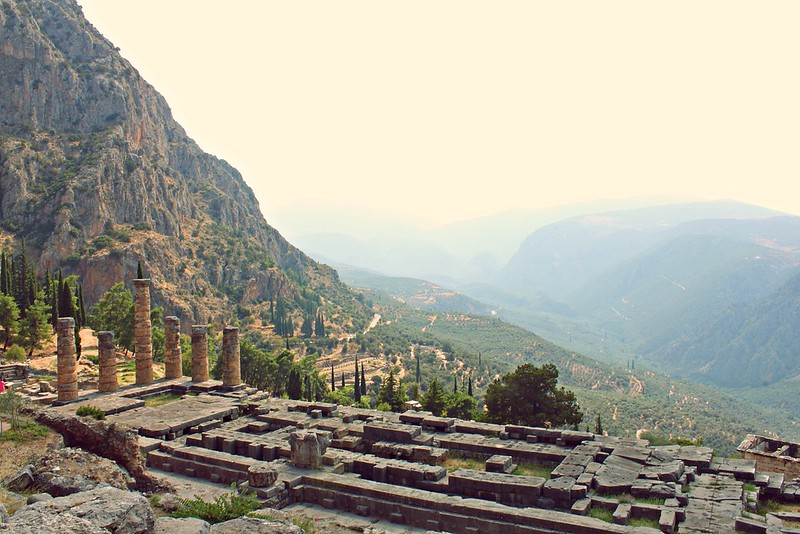 When Zeus released two golden eagles in opposite directions, they circled the earth and met at Delphi, the centre of the world. It is here that the Pythian oracle at Apollo's temple is said to have advised humans to "know thyself" - their ambitions, desires, hubris, limitations. I'm trying to do this as I test boundaries and push out of my comfort zone.

I'm also thinking about a special lady who knew (and taught me) a thing or two about knowing oneself, and who would have turned 25 today.

And some new characters made an appearance, as they inevitably do if you make an effort to talk to people. She and her friend gave me useful tips whenever our paths crossed and took photos of me; she gave me a mini history lesson from her watchguard's cubicle by the Sanctuary of Athena; I sat with him for three hours on the bus and he told me some things about his life that we could both laugh at, and others that were to be respected. I told him some, too. A story for a story.

Of course, everyone's a storyteller, and you never know the truth - but it's not really important. That's the thing about travelling: you can be whoever you want to be.

There are some travellers I've stayed in touch with, and others I'll never see again, and not because I disliked them, but because that's just the way it is. And that's fine. They were there when it mattered. 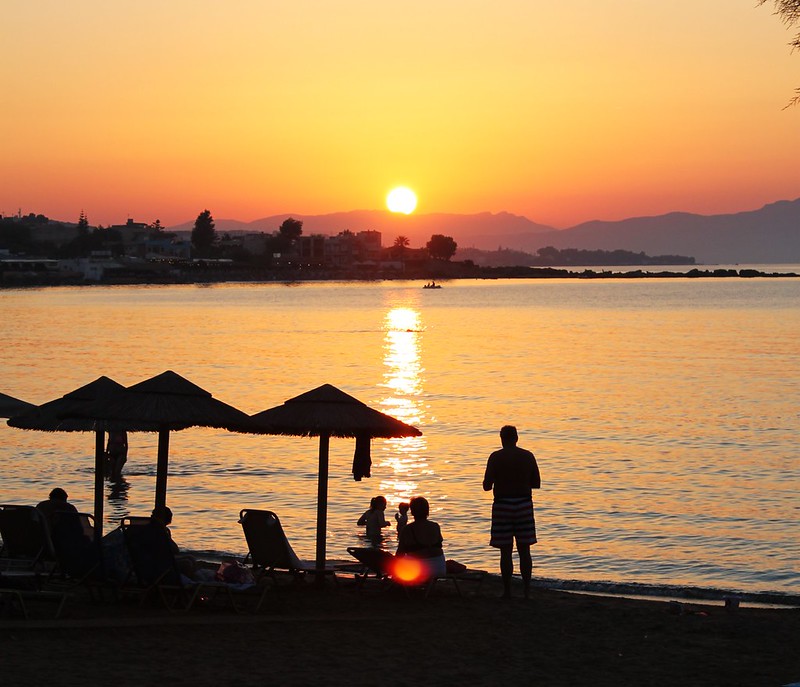 It's always scary to travel alone in a new country, even if you've done it before. But it's a good kind of scary: the kind of fear you'd regret giving in to.

I flew to my namesake island today. Locally, Crete is written and pronounced "Kriti", so I saw my name on postcards, signs, bottles of water... All day I wandered in Chania's old town, inhaling its spices and soaps, picturesque alleys, lazy cats and waterside benches, with the White Mountains presiding over the scenes.

I returned to the village where I'm staying just in time to glimpse a flaming orange sun that transformed the sea into hues of tangerines and purples as it slunk slowly below the horizon. Even though I intend to spend an evening walking along Agioi Apostoli's beaches at sunset, I took one photograph. Only one. Because something tells me this one was special. Just like fingerprints, no two sunsets are ever the same. 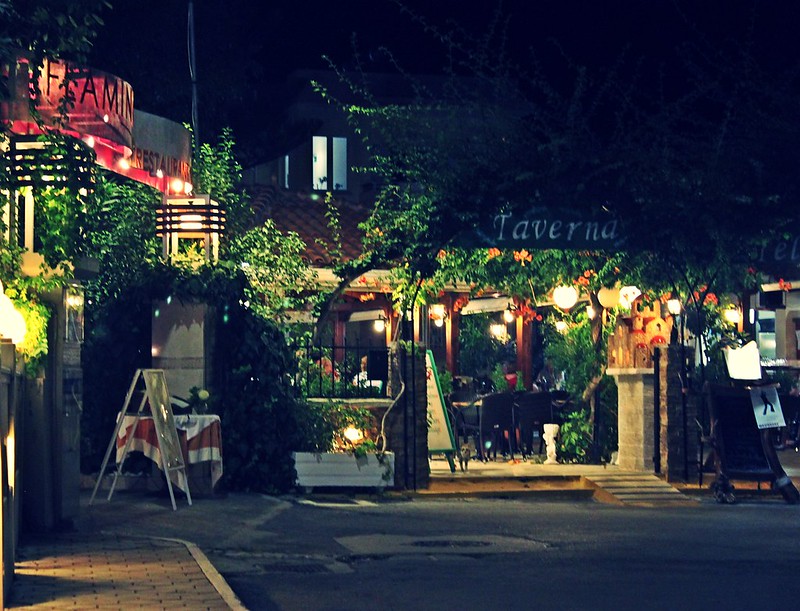 Last night before I move on to Rethymno; a wistful reluctance that surprises me because I was less than enthused when I arrived two days ago. Yesterday was a visit to the Botanical Park. Insider tip: triple check available buses and don't believe ANYBODY. Well, believe me because I know this: they'll tell you there's only one bus at 9.30am, but there's another at 2pm that everyone denies. It's large and purple and probably empty. It was a day of big smiles and fruit trees and prickly hands and peacocks and good conversation and mildly dangerous geese, ending with a kind offer of a lift into town. Things work out.

Today, I expeditioned to Vamos - the less I say about it, the better (pretty heritage village, honest, it was just too damn hot. Lady at the tourist office looked sadly at my blackened sweat-dripping face), and then back to Agioi Apostoli for an evening of music and dancing. Our new roommate played his violin, the nearby taverna roped us in for Cretan dancing, we walked on the beach (no sunset) and sat on steps and talked about travel and bigotry and adventuring as the town went to bed. You know those moments you wish you could replay?

A quainter version of Chania. Contemporary art and coffee with Slovenian roommate; old town alley wanderings with no larger aim; lunch on a park bench amidst loud insects and loud people; souvenir shopping and caravan talks with the shop lady; introducing myself as "Kriti, just like the island"; more art and a gallery tour at the fortezza; breezy stroll under blue skies and yellow street lamps by the fairytale pier; dinner with Chilean roommate at the famous taverna by the famous fountain. Isn't walking the best way to experience a place? 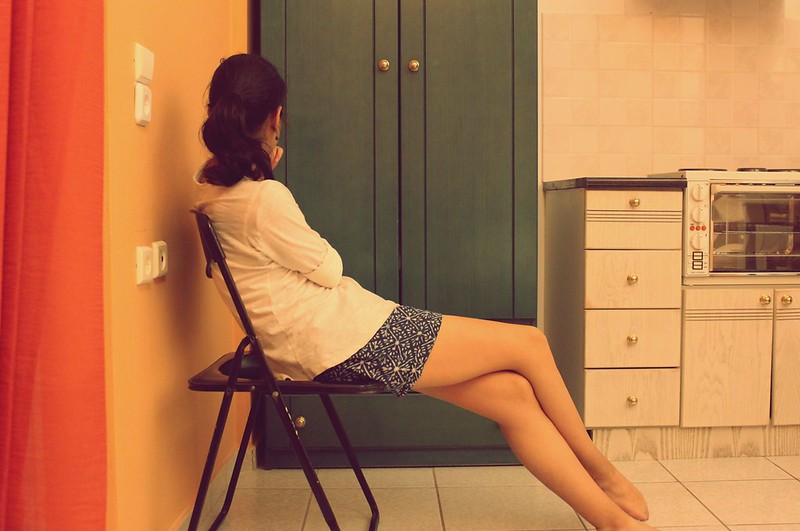 From Heraklion to Knossos, more ruins and mythology and missing minotaurs and moussaka. And goodbyes. Thank you, Crete, for being so good to me.

I splurged (relatively speaking) on a hotel room instead of a dorm in the quiet town of Ammoudara. One night to be alone and collect my thoughts and reorient and put on some music and take a long shower.

I think about how far I've come. How rules are suspended when we travel, how fear fades in the face of daring as we try to extract the most out of an experience before we go back to our mundane lives. But what if we lived like we travel?