December 24, 2017
This is a short story about books and Christmas that I wrote in January 2013, but couldn't find a home for, so here it is! Thank you to Yvonne Rupert for appreciating it and for valuable feedback that helped me tighten some parts of the story, and to the editor of Penumbra for saying she "loved it" but it didn't fit their issue's theme – this encouraged me. Enjoy. 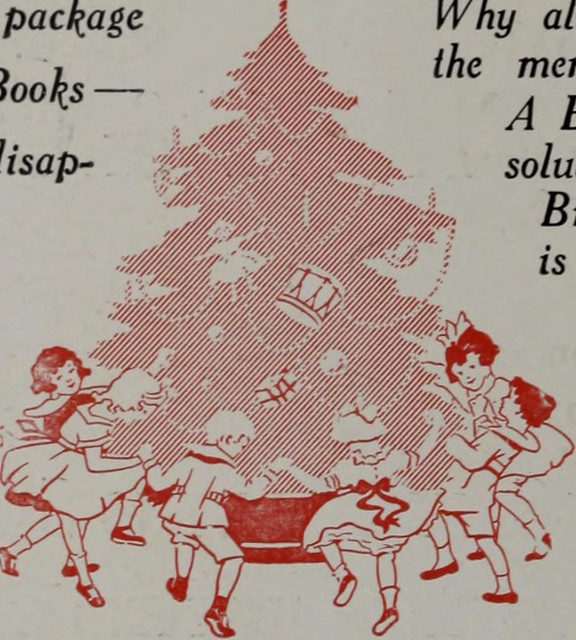 Sana ambled cheerfully up the winding road. There was a nip in the morning air, and the weather forecast said that there was a good chance they would have a white Christmas. The children would love that, and so would she. It had been a hard few months, what with all the bookshops. Not that they hadn’t seen it coming; but it had been a shock nonetheless. When the one down the road from her children’s school went under, the children had cried themselves to sleep for days.

Luckily, there was still Mr. Mistry’s shop – the only one left for miles. Sana knew it was his only family. Mr. Mistry would never give it up like the other money-driven fools. It was there that she was headed, having realised last night that she wanted to buy more presents. She had resisted so far, but she couldn't not give her children books. She imagined the looks on their faces when they saw their presents under the tree, before they ripped off the paper excitedly to see which world awaited them. Smiling, she rounded the corner.

She could tell that something was wrong by the number of people in the shop; she hadn’t seen more than two or three people there in months. She rushed inside, and a horrible sight met her eyes. Stony-faced men were handing armfuls of books to the ridiculous yet sinister robot-like machine, which chewed them up with an almost satisfied air.

Sana couldn’t stifle her cry of pain. Faces swivelled towards her, and then carried on with their demolishing. Recovering somewhat, Sana ran through the shop to the staircase. Mr. Mistry had been living above his beautiful shop long before her family had moved to the house round the corner.

She stopped short. The elderly man, whose eyes always lit up when he talked about any book, was sobbing in his living room. She had never seen him look so frail, so helpless.

Sana couldn’t believe what she was hearing. The one man she had thought would be able to resist the shadow had turned out to be fallible.

“You could have sold them,” she said, and she couldn’t keep the accusation out of her voice.

“No one wants to buy them, Sana, they only want the place,” Mr. Mistry replied, controlling himself with difficulty. “I did my best, I promise you.” Two tears shone beneath his eyes and slowly trickled down.

“But…what will you do now?” asked Sana, with a small sob.

Mr. Mistry heaved a shuddering sigh. “I’m going back to Calcutta. Nazneen said she’ll have me for a bit…I can’t be around here anymore.”

Sana stared at him, wishing she could wake up from this nightmare. Mr. Mistry slouched towards his bedroom, his shoulders shaking uncontrollably, the fight gone from his eyes.

She walked slowly down to the shop, feeling more helpless than ever. There were shelves upon shelves of books of every shape, size, colour and genre imaginable, lining the walls from floor to ceiling. She could feel their pain, and their sorrow, and their fear. She followed the horrible shredding sound and gasped: The Diary of Anne Frank had just had its spine broken. It was screaming, she was sure it was. She stared at it till it was unrecognisable.

Making up her mind, Sana ran outside. She took out her mobile phone and dialled a number with her gloved hand. It rang only once.

“NO! I’ll get the van!” her husband replied.

“Hurry,” she whispered back.

Five minutes later, their van was coming up the road. Sana could tell that Nathan was as upset as she was by the way he was driving. He stopped in front of the shop, and their children tumbled out, running into the shop shouting, “Mister Mystery! Mister Mystery!”

“Why did you bring them? I didn’t want them to see this!”

“They know what’s happening. They wanted to help. Let’s go,” Nathan replied, taking her hand gently but determinedly. They walked into the shop. 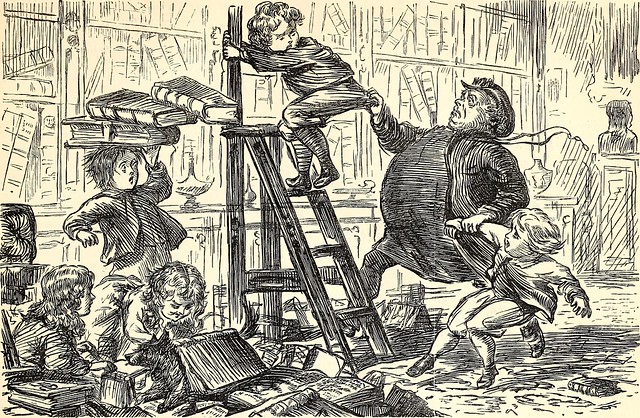 Mr. Mistry was staring up at the bookshelf in his study. His personal collection…he couldn’t bear to part with it. But they couldn’t all go back to India with him. Nazneen would never put up with that. He ran his hand slowly over them. Maybe he could distribute them amongst friends and neighbours. Maybe Sana and Nathan would keep them for him. They would take care of them for him, he was sure of that. Sana had seemed so upset about the shop, but maybe this would cheer her up. He decided to go ask them right away.

He walked downstairs and a strange sight met his eyes. Nine-year-old Sofie was wrestling with one of the stony-faced men for Alice in Wonderland. That had been her favourite book two years ago, Mr. Mistry recalled fondly. Seven-year-old Alif had somehow managed to get himself up on the top shelf and was busily shifting books down. He must be attempting to work his way downwards.

As he rushed forward to help Sofie first, he glimpsed Nathan through the window, balancing a stack of books in his arms as he headed towards a van.

“Don’t worry about all the books, just get one copy of each!” Sana called from behind a shelf.


That night, Sana and Nathan sat on a corner of their bright red couch, sipping cocoa. Their living room was bathed in the warm yellow glow of lamps. A Christmas tree stood in the corner with several parcels shining beneath it, none of them shaped like books.

But every inch of the floor was taken up by columns of volumes, and still more rested on every surface, including most of the couch. The children were asleep in their room, exhausted. They had insisted on helping the whole day, and seeing the fire in their eyes, their parents had relented. It was their fight too, after all – and for some reason, they had really seemed to annoy the book destroyers. 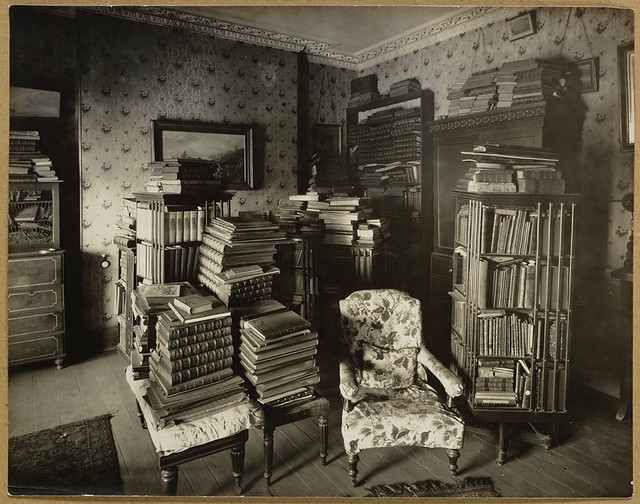 “Mr. Mistry said he’s going back to India to his daughter,” said Sana.

“I thought as much. He wouldn’t want to be here, not now,” replied Nathan.

“Did you ask him if he wanted to come home with us tonight?” asked Sana.

“He said he wanted to be there, with his sinking ship,” said Nathan, smiling slightly.

Sana smiled back. “I should get him, Nathan,” she said softly. “It’s Christmas Eve.”

Nathan nodded. “You’re right,” he said, handing her the keys, “I’ll walk you to the van.”

They put their mugs down and meandered through the columns of books to the front door. Closing it gently behind them, Nathan put his arm around his wife's shoulders. “They’re safe for now,” he said.

Holding on to each other, they walked to the van in the softly, silently falling snow. 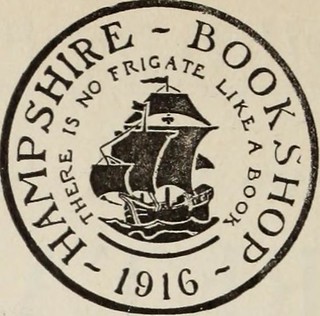 Image credits and other gems:

1. "Image from page 31 of Smith Alumnae Quarterly (1921)", published by Alumnae Association of Smith College. Contributed by Smith College Libraries, College Archives. Click here to view further information including surrounding text (very compelling, begins so: "Why always struggle over the men of the family? A Book IS always the solution for Husbands, Brothers, and Sons, isnt it?") Accessed via Internet Archive Book Images on FlickrCommons.

3. "Image from page 202 of Punch (1841)", published by Punch Publications Ltd., London. Contributed by the Lincoln Financial Foundation Collection. Click here to view further information including authors and surrounding text ("...I don't wish for one, because that, Sir, would be a tarradiddle, and quite unworthy of Mr. Punch.") Accessed via Internet Archive Book Images on FlickrCommons.

4. "Bedroom, David Scott Mitchell's residence, c. 1907, by unknown photographer", from the collection of the State Library of New South Wales. Click here to view more information about this photograph. Accessed via FlickrCommons.

5. "Image from page 127 of Smith Alumnae Quarterly (1920)", published by Alumnae Association of Smith College. Contributed by Smith College Libraries, College Archives. Click here to view further information including surrounding text ("Who has ever once possessed a pile of Christmas Books and not had more than a childish disappointment when Dec. 25 has come around—with no books! We guarantee to help each and every* person avoid this calamity") Accessed via Internet Archive Book Images on FlickrCommons.