If on a hot summer's night a fire

April 26, 2018
It is always a bit disconcerting to be woken up in the middle of the night because there's a gigantic fire right opposite your house.

My nose was already clogged up thanks to the season of spring, living in Delhi, and the smoke I had been inhaling in my room for hours previously. This was probably quite possibly unrelated to said fire; I had chalked it down to the routine burning of leaves or some other mysterious paraphernalia that happens quite frequently in my neck of the woods (yes, you read that correctly. In the most polluted city in the world, the burning of stuff in the open causing more pollution is a routine occurrence and no one seems to have succeeded in stopping it). Just before going to bed, I also heard a loud blast in the BSES power plant opposite, but as this isn't all that unusual either, I dismissed it.

So there I was, being shaken awake by my mother, who was telling me in a sombre whisper to move to the next room because the power had been out for a while and the power plant was burning and we should only use one fan to make the inverter last as long as possible. (This last bit was vital because the maximum temperature was more than 42 degrees yesterday.)

I bore this news with calm acceptance and arose immediately. But en route to the next room, I peeped out the window and was horrified at the sheer size of that thing. The fire was taller than our four-storey building, reflecting off buildings behind us, with no signs of being under control despite the shrieking array of humans and fire trucks that had been trying to put it out for a while. Mum reported that it had been higher before, sky-high, so I grabbed at that bit of information optimistically, before she added that it had also come much nearer to us.

Suffice it to say that sleep was out of the question. I had visions of how quickly the flames could reach us with the sudden appearance of a breeze, surrounded as we are by foliage (kindling) with just a road separating the power plants from our walls and windows.

The one time I've seen a huge fire was on Guy Fawkes Night in Cambridge in 2011, and that one was planned and controlled – and we were still only allowed to see it from really, really far away. This one was bigger. Of course, India doesn't seem to care about playing with fire; we let even children near naked fire(work)s. When I was five or six, an errant rocket caused a fire in our building on Diwali night, falling into our balcony after setting things alight on the floors above. There are no fire or smoke alarms; as much as I hated them in London with their loudness and self-important-ness, I realised now that they are probably quite useful.

So anyhow, I wasn't going to sleep and be caught unawares until that monster was defeated, thank you. I lay down and checked Twitter – the Tweeple were on it, y'all, complete with blurry videos taken from far away. I, instead, began to mentally go over all the shelves and cabinets in my room, deciding what was most worthy of saving. The idea was to rescue things that wouldn't be easy to replace, but in my panic, my preliminary list was long. I wanted to take all my journals and external HDD disks (this is why they advise you to keep them in different places!) and family history stuff that I've been working on this year. I thought of leaving behind my new pizza motif PJs with a slight pang, but you just have to make choices sometimes. I decided that a large suitcase would do.

I succeeded in converting mum to my idea of preparing to flee. She, however, seemed to be more in the region of "take what we'll need if we're out for a few hours, and your passport", unlike me ("stuff I sort of don't mind never seeing again"). She scoffed at my suitcase plan, so I quickly turned on my phone torch and assembled a big bag instead. 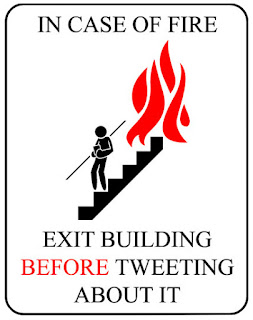 I guess I now have the answer to those hypothetical questions people ask for fun that go something like "what are five things you'd take with you if your house was burning?" Apparently, in my case it was:

1. Wallet (with IDs, cards, keys) and extra cash.
2. Passport.
3. My almost-new laptop and charger. I used to judge people who had this on their list but hell if I was losing that after I paid a kidney to buy it while not having a job; plus it has my life's work, though, ok, I did a massive month-long session of Cloud backups this year.
4. Original photos and letters from my family history project. I've digitised most of them, but still. (See, I narrowed it down. I initially wanted to take the whole box. It would have fit into the large suitcase.)
5. I was torn between all my stuff and it was too painful to choose.

I cheated a bit because I would also be taking my phone (wait, that can be #5) and my handbag, which already has my wallet and other useful knick-knacks that I never remove from it, such as a power bank. I also thought I might grab my camera bag if things went well. I was good to go in about three minutes, and this was having started from scratch. (Here and here are items "experts" recommend. Why would anyone forget their pets? Does everyone have an evacuation kit? Here's another musing. And a project.) 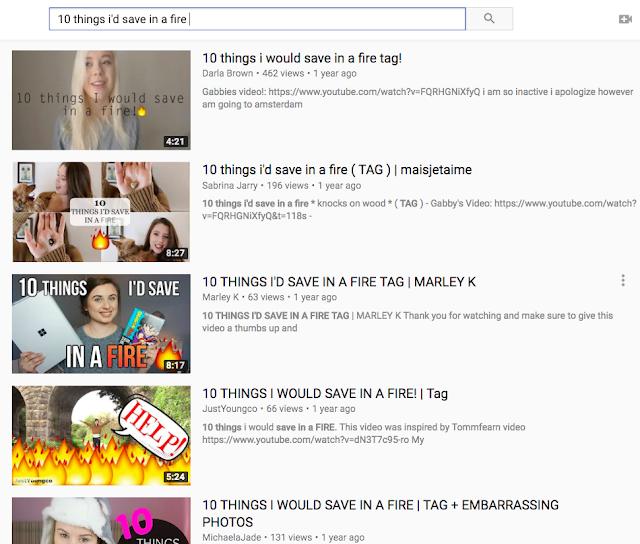 It's always nice to feel slightly in control at 4am. (Turns out this feeling was misguided though. My boyfriend later said "you need to ensure you get your education certificates", and I had completely dismissed that shelf during my mental room-scan as "useless fluff". I also belatedly remembered my tax and debt documents.) Of course, I was simultaneously asking the universe to not let the fire spread to our building because it would be so sad and costly and time-consuming to collect stuff again and I hate shopping.

The fire eventually got smaller, and then subsided. Mum and I watched the red embers from our window, and there was relative silence now that a lot of people had left. We didn't expect the power plant to be functional for a while (she encouraged us to eat all the ice cream "before it melts". We declined.) But there's a twist to this tale, for even as we watched, the fire was up and burning again, the persistent little thing. It climbed quite high for round two as well, but the fire truck seemed determined to chase it down. And it did. Yay for the firemen and others who fought against that beast and its reincarnation. It seemed like quite a battle.

I eventually drifted off to sleep after turning my alarms off (I put three every night, no snooze, and have to solve math problems and shake my phone to make them stop and I knew I just wouldn't be in the mood for that in the morning). But not before thinking that though I had made some progress on de-hoarding in the last few months, it wasn't good enough for a quick and effective mental room-scan. And that I should find out where we keep the fire extinguisher. And that I should put all the important paperwork into a single place for handily grabbing purposes. And that I probably should invest in some of those pricey fire-proof bags. Maybe a cabinet, too.

(The electricity was back on in an hour.)