Stepping into the past in Chunar

July 27, 2019
In February 2016, my grandmother and I went on a long train journey. It was dark and uncomfortable, and at one point there were cockroaches on me and I read fan-fiction to forget them.


Eventually, though, our train made a one-minute stop at our destination at 4 a.m., and we hopped out into the extreme cold. A frigid auto ride later, we were in the warm glow of my great aunt's living room, sipping coffee and eating plum cake. This was the first time that someone called me "my girl."

I like to think that this was where it all really began.

I had always been curious about the place where my grandmother would disappear to once a year, the place where my mother used to pluck fruits from trees during school vacations, the place that my great grandparents had decided, in later years, to call home. It seemed peaceful and other worldly, even to someone who knows the challenges of the pastoral. Perhaps it was because it had the whiff of another time, and was made of stories.

My great grandparents moved to Chunar in the late 1960s, after my great grandfather retired from his career in the railways. Though they had spent most of their adult lives in Calcutta and other cities in Bengal, they now sought a quiet place. A newspaper advertisement of this forgotten town somewhat in the middle of nowhere probably seemed just right. 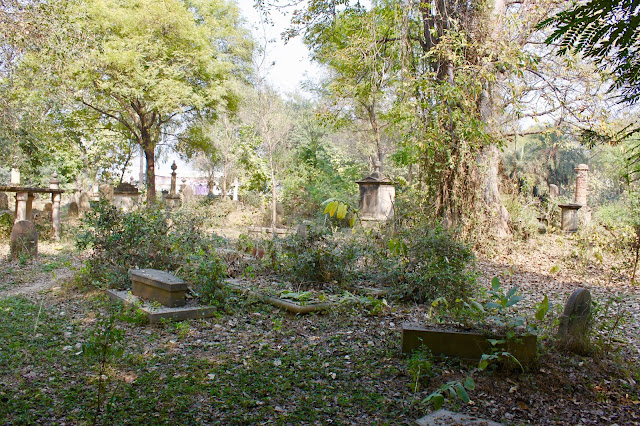 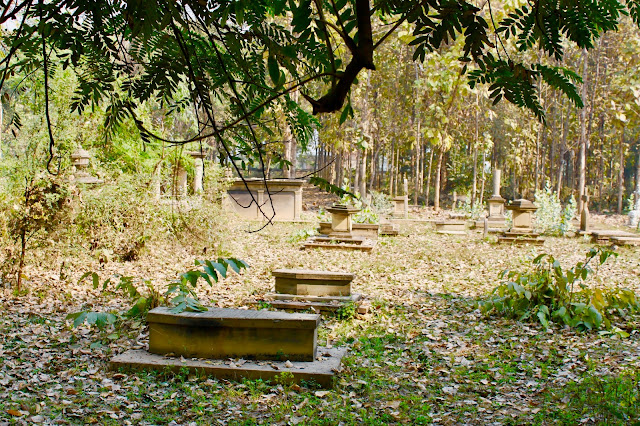 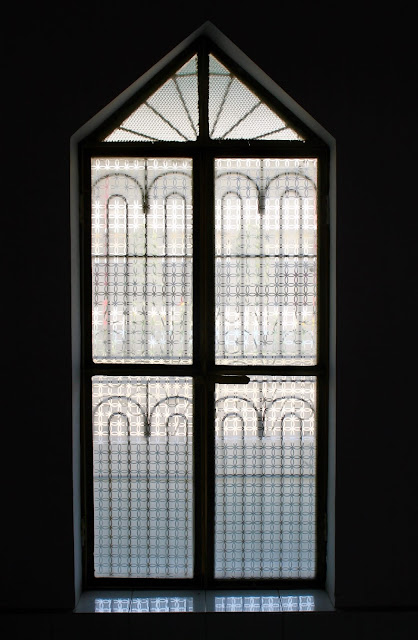 Located in Mirzapur district in Uttar Pradesh, Chunar – though it may not seem like it – has an eventful past. Today, it is connected to Varanasi by road (23 km) and is known for its sandstone, pottery and clay toys. Evidence of settlement here dates back to as early as 56 BC, when it was occupied by king Vikramaditya of Ujjain, who established the formidable Chunar Fort overlooking the Ganga. Built from the local sandstone that is still found in the region, the fort, built on a rocky hillock, has been besieged and offered refuge to many throughout history. During the Mughal era, it hosted the emperor Babar, followed by Sher Shah Suri (acquired through marriage) and his descendants. The emperor Akbar captured the fort in 1575, and it subsequently became home to the Nawabs of Awadh for nearly two centuries.


Following the Battle of Buxar in 1764, the fort was annexed by the East India Company and was the depot for arms and ammunition. When Maharaja Chet Singh of Benares (Varanasi) raised a rebellion in 1781, Warren Hastings – the first Governor General of India – took refuge in the fort. At different times, the fort has housed prisoners (1815) and artillery (during the 1857 mutiny, when it served as a safe ground for the Europeans.) The home of Warren Hastings still stands in Chunar, and the cemetery provides testimony to many of the lives that passed through the town. There's also a cultural angle – Premchand allegedly taught a mission school here in the late 19th century; the 90s TV show Chandrakanta as well as the 2012 film Gangs of Wasseypur were filmed here. 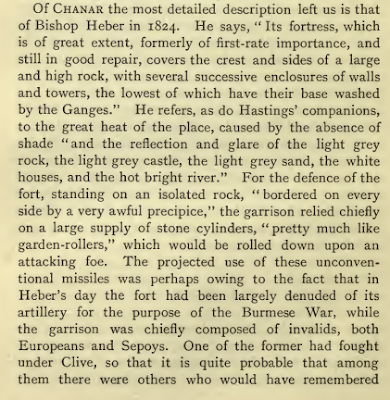 To my great grandparents, though, it was simply home.

Simla, Delhi and Chandigarh are all very expensive and transport difficult & without a car one has a really difficult time. So back to poor Chunar, where things are cheap if nothing else.

– Excerpt from a letter written by my great grandfather, dated 10 April 1970

Despite the harsh seasons of heat, cold and rain, there were little things to be thankful for.


Papayas are all starting again from the old tree – we do nothing and all come up by themselves again. Two of those old lime trees are bearing again, slowly but surely. We have a sort of sweet lime which is double the size of our limes now [...] Our jamun tree does not bear very good jamuns but it's something – our custard apples are coming up again this year, and of course the pomegranates. My roses are blooming sweetly again after the rain.

– Excerpt from a letter written by my great grandmother, dated 4 July 1970

Over the next few days, I got to see my great-grandparents' former home, now abandoned and overgrown...

"Clare Villa" | I've spent the last few days chasing part of my family history in a small town named Chunar. The sweetness of first visits, stories from yesteryears, old photographs, homes, cemeteries, and people I'd never met but always heard about... A small group of boys gathered behind us as nani and I compared the house with the photo, one of them bravely peeking between our heads to see what we were gazing at. I frowned at them and most of them took the hint. I was going to tell them to shove off when one said timidly, "yeh aapka ghar tha?" Nani explained that it's her mum in the photo, and then he asked "aur yeh aap hain?" She shook her head and told him who they were, and then we tried to calculate how old the photo must be... #history #Chunar #album #photographs #family #grammasters3
A post shared by Kriti Bajaj (@kritibajaj21) on Feb 8, 2016 at 4:47am PST 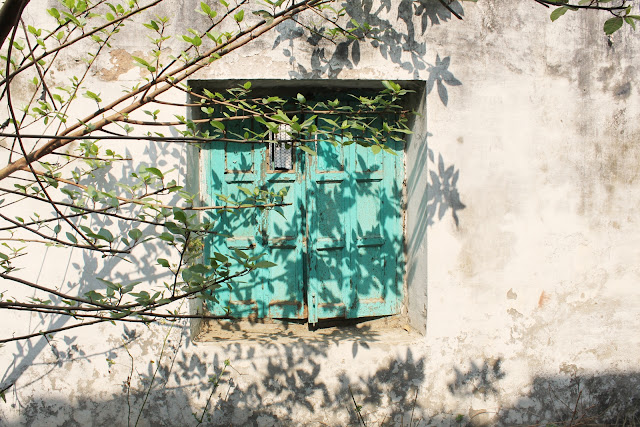 ...And their final resting place. 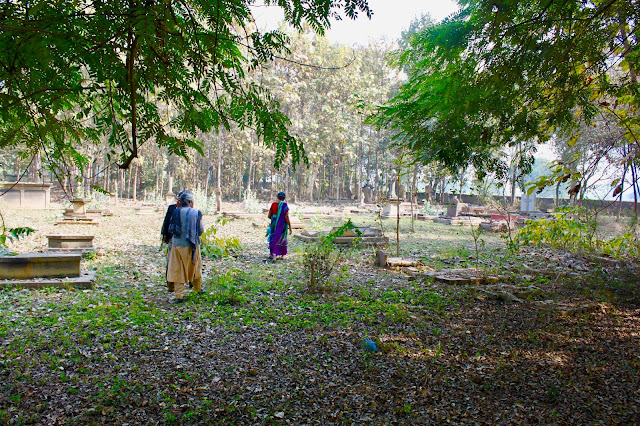 I've always loved cemeteries - to me, they're about remembrance rather than death. I love how you read someone's name and legend, often someone unknown to you, and think about them and their life even if for just a moment. It was an especially surreal feeling, however, to stand beside the graves of my great grandparents, Elsie Lilian Keys (d. 1978) and Clifford Matthew Keys (d. 1986), for the first time. #Chunar #cemetery #family #history #remembrance
A post shared by Kriti Bajaj (@kritibajaj21) on Feb 11, 2016 at 9:51am PST

When I wasn't playing with the littlest member of the house or riding on the back of a scooty or eating stew, my nani and I looked at old photographs. An important part of family history research is learning, and recording, who the faces in the photographs belong to. 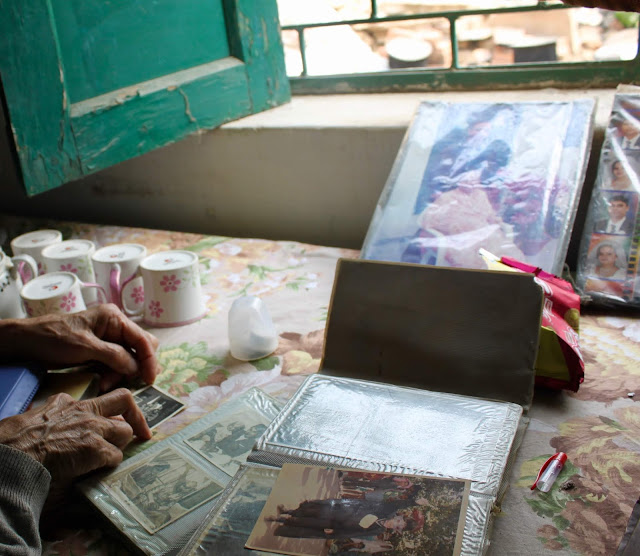 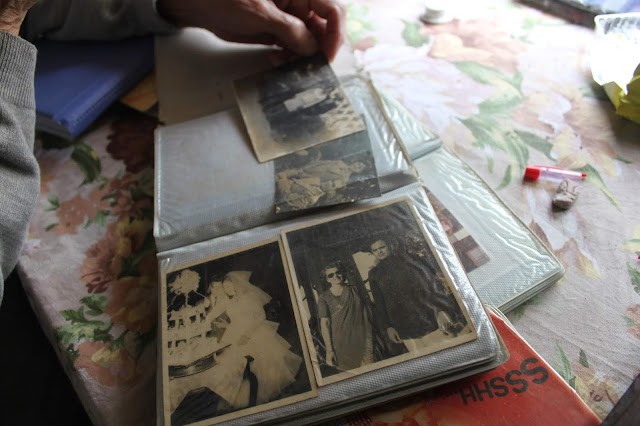 We learned that my grandmother's elder sister, like me, had been rather fond of postcards...


...And found a photograph of her brother's family at the fort.


My quest for researching my family history has been a long one; I used to pester nani for names every so often. A family tree had been duly prepared, but it relied on memory alone. It seemed that I would never get further, and I didn't know how anyway.

But after being so close to them on this trip, I was keener than ever to learn more – and I got lucky. Returning to Delhi, my random Google search this time struck gold, leading me to new names and information, and the Genealogy Project was born. With these leads, though I knew I would verify them, I started collecting all I could find, and educated myself on the ins and outs of genealogy research. The rest, as it were, is history. 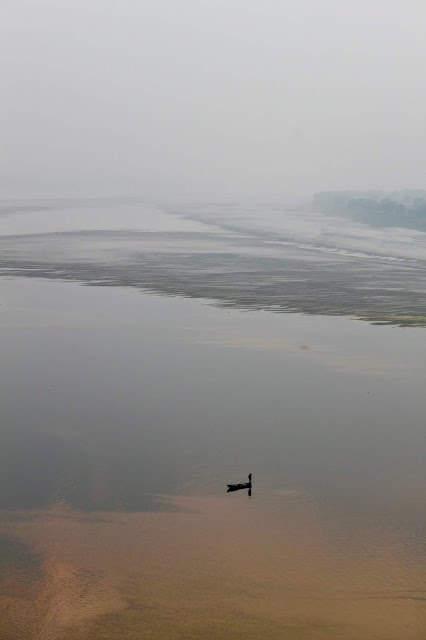