It was my parents' anniversary. It's funny how occasions end up being so important, isn't it? We do and are anything everyday, taking things for granted and living like there's always a tomorrow, and then we look forward to the few days in the year that we celebrate because there's a reason to...or is it an obligation? Birthdays, anniversaries, festivals...they come and go, and we wait for them and plan for them and feel older when we're done. I wish we could really celebrate each day, and be thankful each night, and live like there may not be a tomorrow. 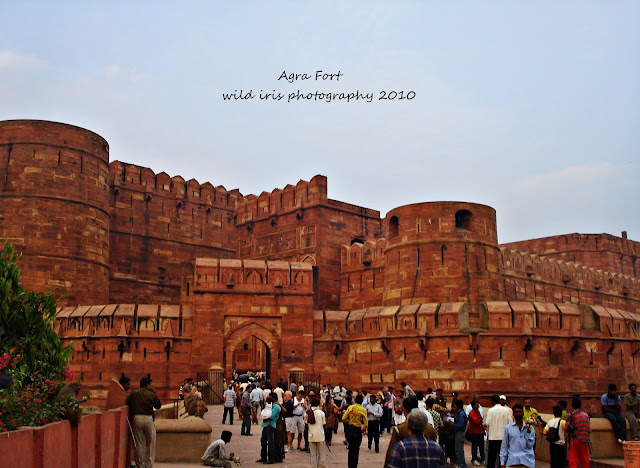 Their anniversary was partly why I'd insisted on choosing those dates for our Agra trip, and though the choice of place had been quite random, it was perfect in so many ways. Wouldn't you like to visit the greatest monument to love on your anniversary? Well, maybe not. But somehow, when things like that happen unprecedented, it does give you thrills. Agra was also the first place they lived at after marriage. That evening, after I visited the Agra Fort with dad (a symmetrical delight, with a gorgeous sunset and river view to complement it. And check this out.), we went to Sadar Bazaar, and I was treated to tales of yore when they used to visit it. Upon my insistence, dad drove us to their house, and they talked about the route and the city and the changes all along the way. I felt half left-out, half (strangely) emotional. Like an onlooker. Like an omniscient narrator. We got lost once in the darkness, but then there it was. We gazed at it for a while, that first floor shrouded in blackness, lost in our thoughts. 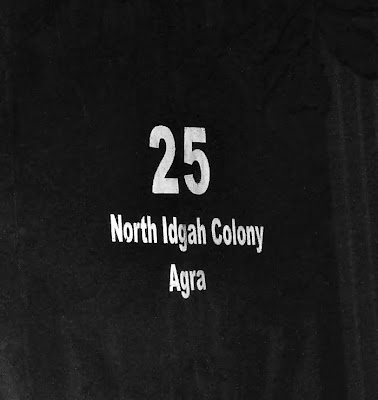 The next day we managed to squeeze in two more visits before beginning the journey back, and my intuition chose correctly both times. Itmad ud Daula's tomb is made of white marble as well, but unlike the Taj, provides a strange serenity. Not many tourists flock there, and a gentle river breeze kept us company throughout. The entire tomb is covered with inlay work, which has chipped off in several parts but remains alluring through its age, and the tranquility is overpowering.

Akbar's tomb at Sikandra was left for the last and briefest of visits. We thought we'd take a ticket and a cursory look to satisfy our souls, but little did we realise that walking through the entrance would take us into a different world. Like Harry stepping on to Platform 9 and 3/4, except better. A panorama of green green green expanses, stretching out to infinity on both sides. Not a sound or sight of traffic or city life. I felt like I had actually stepped right through time, into a bygone era, with a red sandstone marvel standing in front of me in the distance, and half expecting a figure in royal vestments to come strolling out.

Well, not really. There were enough tourists here to mar the illusion, but it came pretty close to that. And I hadn't even spotted the deer until then. I walked forth, following my camera which was very interested in the odd trees, when I saw what looked like...were they dogs? They didn't look like dogs, but I'm a little blind. And why would there be deer in the midst of a city. I looked over at dad quizzically, but he was excitedly taking videos. Then I saw peacocks, and some white birds, and antelopes. I have never seen antelopes before, so you can imagine my glee. We took a long time to get out of there. 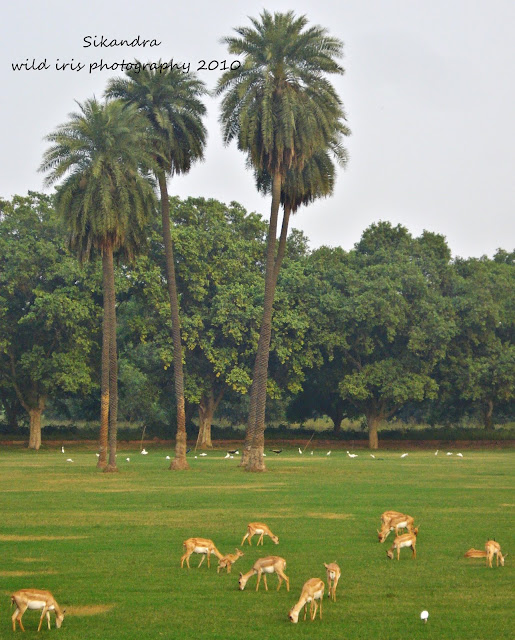