A vintage camera in Jaipur 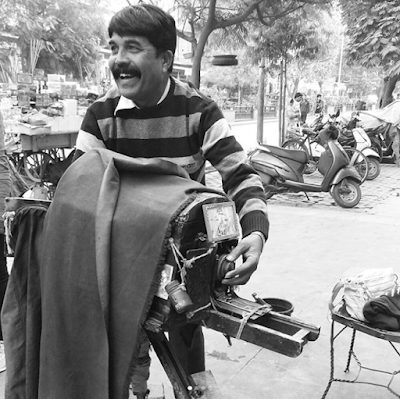 Tikam Chand with his antique camera (Carl Zeiss lens, imported film), allegedly manufactured in the 1860s, which contains a fixer, darkroom and printer all within the same body. 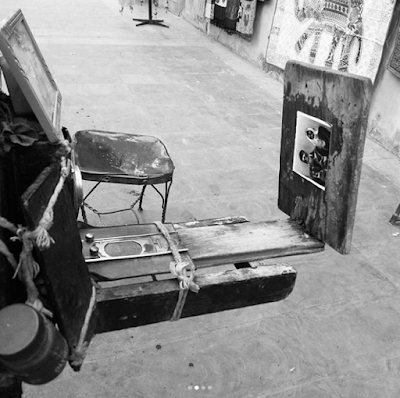 Standing in the middle of a pavement, with elephant-shaped handicrafts in the background, the camera doesn't attract much attention. But the man is enterprising and often stops passersby to explain what he's doing. In front of the camera sits a low stool for its subjects, flanked by a board filled with photographs it has taken and newspaper clippings featuring it. 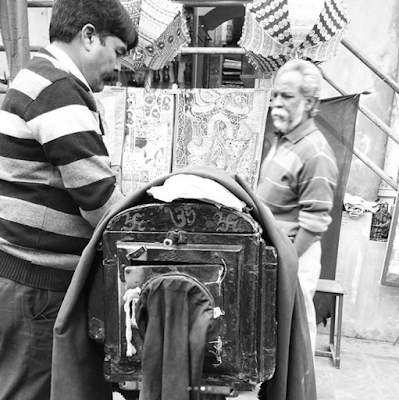 Tikam Chand and his brother were of a cheery demeanour, and generous with their advice about our old family film camera that I'd been trying to use (TC took it away and worked his magic. It works!) 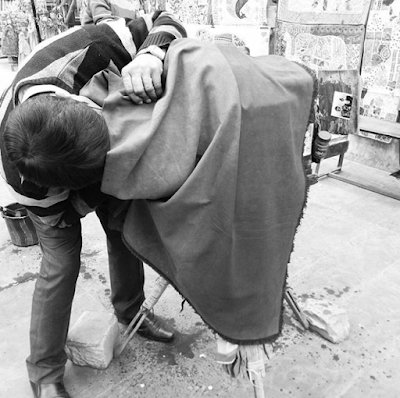 Find them near the Hawa Mahal the next time you're in the Pink City. The camera wears a sheet and several holy adornments, and it's interesting watching the entire process as you wait for the photograph to be washed, the negative placed in front and the image developed in the darkness. If it looks somewhat messy, you wouldn't know it from the result. You get both the photograph and the negative for the price (depends on the size of the print). I got mine for Rs 300. In a cold capitalistic world, I don't mind paying for the survival of certain things, like quaint independent bookshops and vintage cameras on the street.